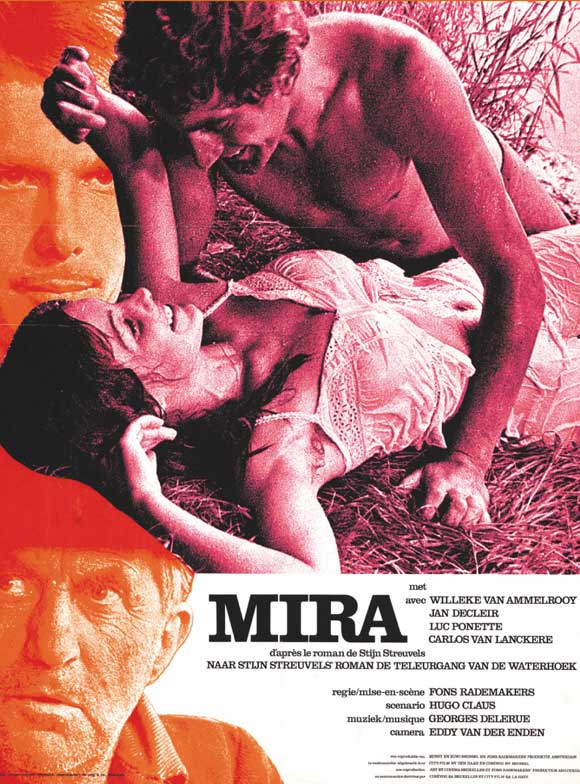 There are many ways to spend an enjoyable Sunday evening and going to see a movie is definitely one of them. There are many choices available to those who wish to change their reality for another for the better part of two hours, especially as since the revolution the medium has grown exponentially. One venue that offers its audience a taste of the best that Egyptian cinema has to offer is in Zamalek and its autumn programme has just started.

The Netherlands-Flemish Institute in Cairo (NVIC) opened its doors in 1971 and is founded by eight Dutch and Flemish universities. The academic centre provides a variety of services to students and researchers from these universities, concentrated on subjects related to Egypt and its heritage. Language courses are also on offer, as in most foreign-funded institutes that are scattered around Cairo.

The NVICinema programme has been in place for over a year and has since its inception has garnered a loyal following.  Koen van Eynde, cinema researcher at the institute, started the programme together with his colleague Ruth van de Walle.

“We started by showing some of the Egyptian classics to the students at the institute and when their reactions were positive we decided to open the screenings to a wider public,” he said. “In my work I focus on Egyptian cinema and I felt they would make a good contribution to the work the students here are doing. And once we started the programming developed naturally.”

Besides famous Egyptian films from yesteryear, van Eynde and van de Walle started to incorporate more modern Egyptian films, short film and documentaries. “Then we decided to include a modern Flemish or Dutch film once a month, subtitled of course,” van Eynde said.

“There are many young filmmakers that come to our screenings and we felt it would be interesting for them to be introduced to a different style of movies and a different way of making films.” He went on to say that the audience is used to watching foreign films and seem interested in seeing more of a foreign culture.

The introduction of a Flemish or Dutch film in the programme has another aspect as well. “By screening these films we also foster a cultural exchange and introduce the Flemish and Dutch culture in more depth to the spectators.” The extensive library of the institute often accompanies the themed film programme, with additional information and the wealth of information that it offers is highly appreciated by the audience.

Once a month the institute invites directors for a discussion after the showing of their films. “There are many young filmmakers that enjoy our programme and they appreciate the opportunity to talk to the filmmakers.” The institute has no budget to invite Dutch or Flemish directors to come to Cairo but if one happens to be in the country they do take advantage of the opportunity to organise an evening with them.

The autumn programme is centered on the theme “great divas of cinema” and all films will feature renowned Egyptian, Dutch or Flemish actresses, female producers or directors. The upcoming films scheduled are Mira by Fons Rademakers (on 11 November), a Flemish film that launched the career of the Dutch diva Willeke van Ammelrooy from 1971; and Sleepless, La Anam (on 18 November ), by Salah Abu Seif and featuring the grand lady of Egyptian cinema, Faten Hamama.