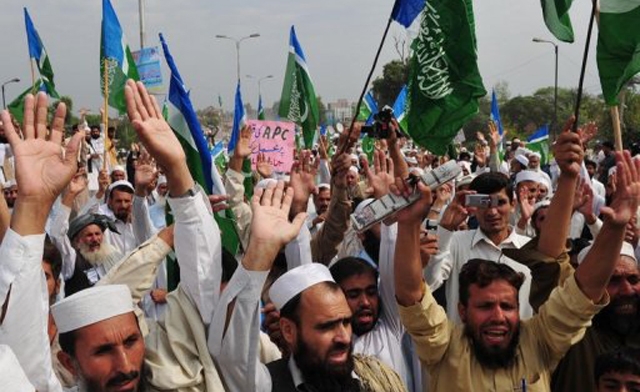 United Nations – The UN security council on Monday ordered global sanctions against the Haqqani militant network in Afghanistan, a move welcomed by Kabul but dismissed as meaningless by the Taliban.

The Haqqani group, whose leaders are based in Pakistan, is accused of carrying out a string of major attacks in Afghanistan including strikes against the United States and Indian embassies and a major hotel in Kabul.

The outfit and its chief suicide attack organiser Qari Zakir were added to the UN’s Afghanistan-Taliban sanctions list. This means nations must apply an assets freeze and travel ban on Zakir and seize any assets belonging to the network as well as impose an arms embargo.

The US put the Haqqani network on its terror blacklist in September, with the Pentagon saying the group represented a “significant threat” to national security, and added Zakir to its list of terrorist suspects on Monday.

Founded by Jalaluddin Haqqani, a CIA asset turned Al-Qaeda ally who was close to Pakistani intelligence, the network is considered one of the most dangerous militant factions fighting US-led NATO forces in Afghanistan.

The UN designation said that the group was linked to Al-Qaeda, the Islamic Movement of Uzbekistan and a string of militant groups in Pakistan including Tehreek-e-Taliban Pakistan, Lashkar-i-Jhangvi and Jaish-i-Mohammed.

The Haqqanis have been blamed for spectacular attacks on Afghan government and NATO targets across Afghanistan as well as kidnappings and murders.

The US ambassador to the UN, Susan Rice, said operatives trained by Zakir attacked two NATO bases in 2010, the Intercontinental Hotel in Kabul in June 2011, an attack which killed 11 civilians and two Afghan police,and the US embassy in Kabul in September 2011, which killed 16 Afghans, including at least six children.

It has also been blamed for an attack on the Indian embassy in the Afghan capital.

“Though it is late, the sanctions by the UN security council are welcomed by our government and we hope the necessary pressure is made on regional and global levels so this terrorist network is eliminated,” Siamak Herawi, spokesman for Afghan President Hamid Karzai, said.

The network is led by Jalaluddin’s son Sirajuddin and in August Afghanistan’s spy agency said another son, the group’s operational commander Badruddin, had been killed in a US drone attack.

The Taliban dismissed the UN sanctions, as they did with the US move in September.

“It’s all meaningless and it will have no effect on our operations,” Taliban spokesman Zabihullah Mujahed told AFP.

The designation could embarrass Pakistan, which is currently a member of the UN security council. Many Haqqani members are sheltering in Pakistan. The US wants Pakistan to get tough with the Haqqani network as well as cut its financing from other Muslim nations, diplomats said.

Former US chief of staff Admiral Mike Mullen said last year that the Haqqani network had become a “veritable arm” of Pakistan’s Inter-Services Intelligence (ISI), though other American officials later distanced themselves from the remarks.

In the past Pakistani officials have admitted to contact with the Haqqanis as a means of maintaining influence in Afghanistan when US forces leave, but they deny supporting their operations and downplay the group’s importance.

Ties between Islamabad and Washington have been rocky for years, and have only just resumed after being dealt a major blow by the secret operation that killed Osama bin Laden and an air raid that accidentally killed 24 Pakistani troops.

But the sanctions have been welcomed by the US.

Rice said the UN move expands upon the US measures and “confirms the international community’s resolve to end the Haqqani network’s ability to execute violent attacks in Afghanistan.

“It also reflects the security council’s commitment to use and enforce sanctions against those who threaten peace in Afghanistan, in conjunction with a strong commitment to support Afghan-led peace and reconciliation.”

Rice said Zakir, who is also known as Abdul Rauf Zakir, “has been involved in many of the Haqqani network’s highest-profile suicide attacks and has trained individuals to use small arms, heavy weapons and improvised explosive devices.”