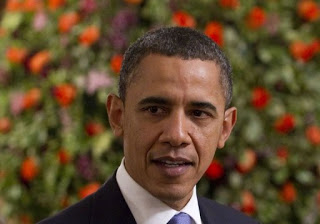 In the early hours of Wednesday morning Barack Obama was declared the winner of the 2012 United States presidential election. World leaders including President Mohamed Morsy have congratulated him on his victory over republican candidate, Mitt Romney.

One of the major issues of debate was US foreign policy in the Middle East. Historically Egypt has been a key ally of the US, which has been keen to build relations with President Morsy.
The presidential palace released a statement on Wednesday congratulating Obama on being re-elected. It confirmed that Morsy wished Obama luck and “expressed that he hoped to strengthen relations between the two countries to serve their common objectives in justice, freedom and peace.”
The US ambassador to Egypt, Anne Patterson, compared Egypt’s presidential election with the US election saying: “As was true in Egypt during your election, in the US there was an active debate about the future of our country.” She said that the people of Egypt and the US shared the same concerns when choosing their new leader.
On the future of US-Egyptian relations she said, “regardless who is president of the US, our government will want to nurture a strong relationship with Egypt.” She added that the US “wants to see a democratic Egypt that plays its rightful role in the world, protects universal human rights, advocates regional peace, generates jobs, and provides services for its citizens.”
Professor Clement Henry, the chair of the political science department at the American University of Cairo said, “Had there been another outcome [to the election] it would have been a disaster for US foreign policy. Obama’s re-election means that US-Egyptian relations should stay on track.” In regards to US relations with the Muslim Brotherhood and its political branch, the Freedom and Justice Party, Henry said “the US has no choice but to work with who is in power. Morsy is projecting himself as a president for all Egyptian people and the US is willing to support this.”
Brotherhood spokesperson Mahmoud Ghozlan said “Obama failed to close Guantanamo bay, and he has not been able to stop the killing in Iraq and Afghanistan despite promising to do so. However, compared to the republicans, he is the better choice.” Ghozlan added, “there is a slight difference between Obama and Romney.”
Commenting on Romney, Ghozlan said, “he doesn’t understand the nature and circumstances of the Middle East, for example in one speech he included Mali in the Arab spring; Mali is not an Arab country.” He added, “Everything that Romney says is not related to truth or fact and he is biased towards Israel.”
On US-Egyptian relations Ghozlan said “the Egyptian revolution has brought democracy, freedom, respect and dignity to Egypt. The relationship with the US will be built on mutual respect and this is not imposed by Obama, Romney or US politics; it is imposed by the Egyptian revolution.”
Jermeen Nasr, a founding member of Al-Dostour said “the election of US president is not supposed to affect the internal policies of Egypt. The relations between the two countries should be the same,” she added that any changes that are to be made in relations should relate to “spreading peace in the Arab world and supporting people’s rights and freedom, whoever is president should work on that.”
Nasr commented “Obama has disappointed the Egyptian people by not having a clear point of view during the revolution. He waited a long time to announce a clear opinion so he did not lose any of the parties. He never really supported the rights and freedom of the Egyptian people.”
After Morsy’s electoral victory there was a lot of discussion over the stability of US-Egyptian relations. US Secretary of State Hilary Clinton wasted no time in visiting Cairo to meet with Morsy and “began a constructive dialogue about the broad, enduring relationship between the United States and Egypt for the 21st century.” Since then Morsy has met with Clinton in New York and has also communicated with Obama on US-Egyptian relations.
Topics: Daily News Eypt DNE Egypt president morsy