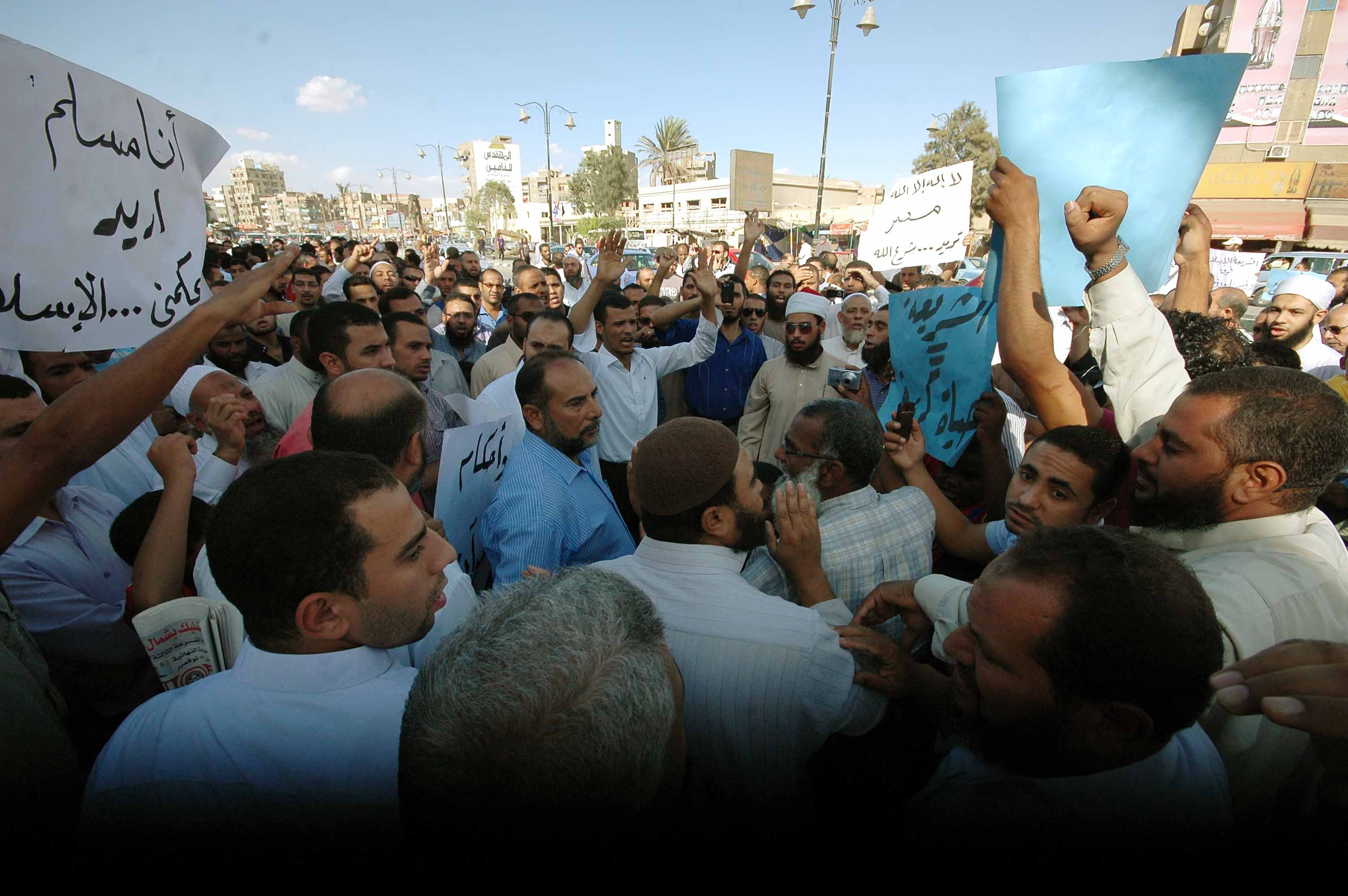 Sheikh Omar bin Abdel Aziz of Al-Ansari Mosque in Suez deplored secularists and liberals during his Friday sermon, calling them despicable mosquitoes, because of their resistance to applying God’s law.

The preacher stressed that all national figures, including 1973 War veteran Hafez Salama, would stand with him in protests in front of Egypt’s mosques to ensure the application of Shari’a and called on President Mohamed Morsy to uphold Islamic law and the Quran.

The sheikh added that Christians, who he said represent five per cent of the population, do not object to Shari’a law, and that the only ones who object are secularists and liberals. He said the agents of Islam were ready to shed the blood of anyone who stood in their way to institute Islamic law.

Abdel Aziz also spoke about Hurricane Sandy in his sermon, insisting that the natural disaster was brought about by divine intervention, punishing those who had created a film insulting the prophet.

Demonstrators in Suez called for a constitution that implemented Shari’a law in parallel with a larger protest the same day in Tahrir Square in Cairo. Protesters in Suez held signs that read “Shari’a is just retribution,” and “There is no God but Allah and Egypt wants his law.”

The demonstrations come at a time in which Egypt’s draft constitution’s second article considers the “principles” of Shari’a law as the primary source of legislation. Those who protested on Friday called for the striking of the word “principles” from Article 2 and to revise the draft constitution to one that they claim would better reflect Egypt’s Islamic identity.