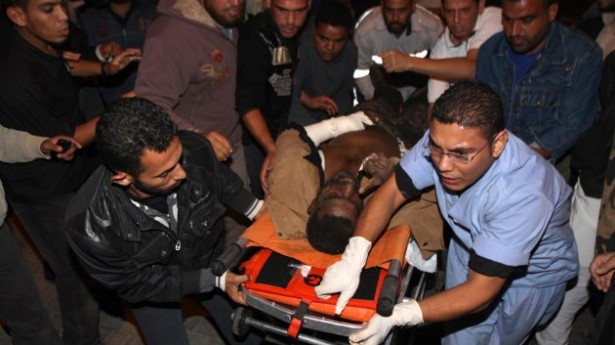 An anonymous group of gunmen attacked a central security forces camp in Al-Arish district in Rafah, North Sinai on Sunday.

Security forces exchanged fire with the gunmen before the assailants retreated.

Following the attack, central security and police forces mobilised across the area surrounding the camp, in an attempt to catch the attackers.

A Ministry of Interior media spokesperson announced that the attack did not result in any injuries.

Witnesses living near the camp said the attackers drove a 4×4 vehicle.

A security source in Rafah said the gunmen were masked and accordingly could not be identified. The source asserted that the incident “increased the enthusiasm of the forces, who went out to capture the anonymous gunmen wherever they are.”

The attack follows a series of previous attacks on Sinai. Three police officers were killed and another wounded in an attack by gunmen on Wadi El-Arish bridge on 3 November. Another attack took place on a security patrol on the same bridge, a few days later.