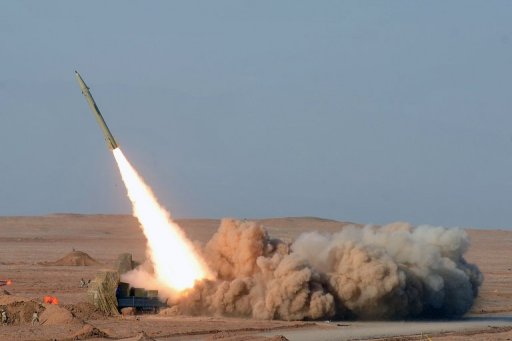 Baghdad – Possible clean-up activities at an Iranian military base where the UN atomic agency wants to probe evidence of suspected nuclear weapons research are “ongoing,” the watchdog’s head said on Sunday.

International Atomic Energy Agency (IAEA) chief Yukiya Amano nevertheless expressed guarded optimism on a visit to Baghdad about talks with Iran next month, ahead of the expected release on Friday of the IAEA’s latest report on the Islamic republic’s controversial nuclear activities.

Western powers believe the nuclear programme is at least in part aimed at developing atomic weapons, but Tehran insists it is for peaceful purposes.

“Yes, the activities at Parchin are ongoing, but I am not in a position to discuss the details today,” Amano told reporters after being asked whether Iran was continuing its clean-up of the sprawling military site near Tehran.

Western nations have accused Iran of removing evidence of past suspected weapons research activities at Parchin.

The IAEA wants Iran to grant access to Parchin, which it visited twice in 2005 but wants to examine again.

Since the summer, some buildings at the base have been covered in massive tarpaulins to prevent surveillance by western satellites.

Amano also said he believed there was “good reason” that Iran would cooperate with the IAEA over the issue of Tehran’s nuclear programme.

“I am very much convinced that… the IAEA has an essential role to play in solving this issue, Iran nuclear issue, through diplomatic means,” he said at a joint news conference with Iraqi Foreign Minister Hoshyar Zebari.

“It is in the interests of Iran, and for the international community, and that is why I believe that there is some good reason that Iran will get cooperative for us. At the same time, the situation is very difficult and worrying. I do not want to speculate.”

The IAEA said on Friday after a four-month hiatus, caused in part by the US election campaign, that it would hold talks with Iran in Tehran on 13 December.

The agency wants to press Iran to address what the watchdog calls “credible” evidence suggesting that until 2003, and possibly since, Iran conducted research work “relevant to the development of a nuclear explosive device.”

Iran denies working or ever having worked on a nuclear weapon, and says that the IAEA’s evidence, set out in a major report a year ago, is based on forgeries.

In particular the IAEA wants Tehran to give inspectors access to the Parchin base.

Western nations have accused Iran of removing evidence there and the IAEA said in August that activities spotted from space would “significantly hamper” its ability to inspect the site.

A parallel diplomatic push by six world powers has been aimed at persuading Iran to scale back parts of its current nuclear programme, in particular uranium enrichment.

Efforts on both “tracks” have, however, were effectively put on hold because of campaigning for the US presidential election that incumbent Barack Obama won on Tuesday.

The last high-level talks between Iran and the P5+1 – Britain, China, France, Russia, the United States and Germany – were held in Moscow in June.

The UN Security Council has imposed four sets of sanctions on the Islamic regime, which coupled with unilateral Western restrictions on its oil sector and banks have begun to cause major problems this year for its economy.

Israel, the Middle East’s sole if undeclared nuclear-armed state, has refused to rule out military action against Iran to prevent its arch-rival from also acquiring nuclear weapons.