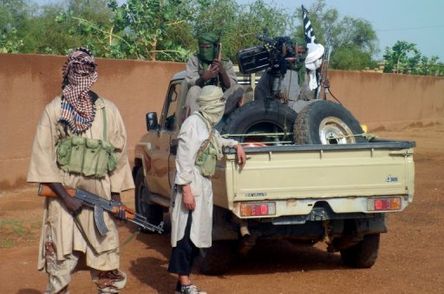 Ouagadougou (AFP) – Ansar Dine, one of the armed Islamist groups occupying northern Mali, said Wednesday it does not want to impose Shari’a law across the entire country, but still wants to keep it in its stronghold of Kidal.

“We are waiving the application of Shari’a law across the entire Malian territory except in our region of Kidal where Shari’a will be applied,” Hamada Ag Bibi, a member of the Ansar Dine delegation in Burkina Faso for talks aimed at ending the Mali crisis, told AFP.

Their statement came as African plans to send a military force into northern Mali gather pace.

The entire northern expanse of the country, an area bigger than France, has been under rebel control since shortly after a 22 March army coup that led to a power vacuum across the desert north the rebel quickly filled.

“We only wish for the application of Shari’a in zones under our control, that’s to say Kidal,” said Ansar Dine spokesman Mohamed Ag Aharib. “Everything will be done through education and we are going to expand on our argument during negotiations.”

Ansar Dine, the main Islamist group in Mali which has links to Al-Qaeda in the Islamic Maghreb (AQIM), has called for dialogue and sent delegates to neighbouring Burkina Faso and Algeria.

The movement currently occupies the sparsely populated Kidal region in the northeast of the country.

Ansar Dine and another AQIM-tied group, the Movement for Oneness and Jihad in West Africa, have imposed a brutal form of Shari’a Islamic law, stoning unmarried couples, amputating thieves’ hands and whipping drinkers and smokers.

The measures have provoked international condemnation.

On Tuesday, the African Union endorsed a plan for military intervention in Mali already approved this weekend by leaders from the 15 nation Economic Community of West African States (ECOWAS).

The plan is to send an African force of 3,300 soldiers to retake control of north Mali if negotiations fail.