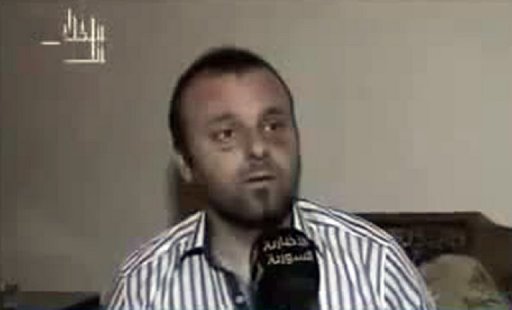 “I am very happy, I am doing well,” Cuneyt Unal told a press conference in Damascus, a recording of which was aired on Turkish television.

“I can’t wait to get back to my family in Turkey.”

Unal was handed to a delegation of MPs from Turkey’s main opposition party CHP in Damascus after the lawmakers met with Assad, the Anatolia news agency reported.

One of them, Hasan Akgol, told the agency that Unal was in good health and that the group was due to return to Turkey later in the day.

Cameraman Unal and his Jordanian colleague Bashar Fahmi Al-Kadumi, who were working for US broadcaster Al-Hurra, disappeared in the northern city of Aleppo on August 20.

Unal said Saturday that he had been detained by Syrian soldiers on that day and held in solitary confinement in an Aleppo prison but that he was not mistreated during his ordeal.

He said his colleague was seriously wounded on August 20 after being caught in the crossfire between government troops and rebels.

The Turkish lawmakers said they had not been given any information on Kadumi, a Jordanian national of Palestinian origin who was based in Turkey.