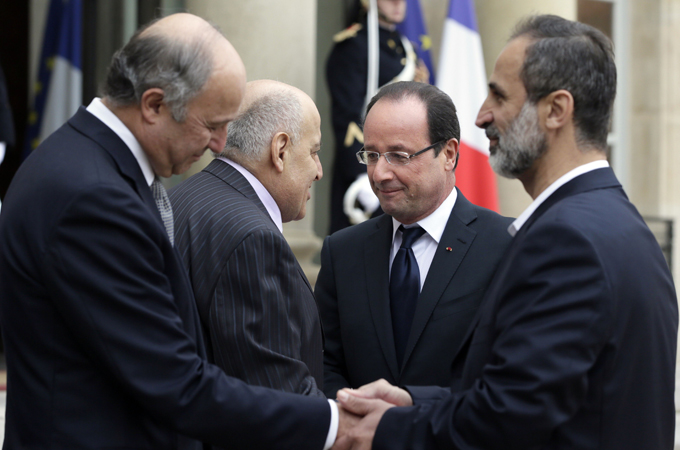 Tehran (AFP) – Iran on Sunday warned against sending weapons to Syrian rebels battling its ally in Damascus, saying that this would threaten regional stability and increase the “risk of terrorism.”

“Some countries envisage arming the opposition with heavy and semi-heavy weaponry,” Foreign Minister Ali Akbar Salehi said in a speech to open an inter-Syria dialogue in Tehran.

“In reality, they seek to legitimise publicly what they have been doing in secret,” Salehi said, without naming any country.

On Monday, EU foreign ministers at talks in Brussels are due to discuss lifting a strict embargo on arms deliveries to Syria. France has publicly said it favours sending “defensive” weapons to the Syrian opposition.

The initiative would allow the arming of the National Coalition of opposition groups formed in Doha on November 11.

Salehi said such arms deliveries would set a “dangerous precedent” and constitute “a clear interference in the affairs of an independent country.”

“It will spread insecurity, the risk of terrorism and organised violence in all of the region,” he said.

Syrian President Bashar al-Assad’s regime and its main allies, Iran and Russia, accuse some Arab and Western countries of having secretly provided weapons to Syrian rebels for months.

The opposition National Coalition, recognised by France, Turkey and Gulf countries, has asked for weapons to bring down the regime and hasten the end of a conflict which has killed more than 39,000 people since mid-March last year.

Russia has warned that providing the coalition with weapons would be a “gross violation” of international law.

In a message to the Tehran meeting, Moscow’s Foreign Minister Sergei Lavrov said Russia and Iran “shared a common position on the crisis in Syria,” the official IRNA news agency reported.

Lavrov also warned against the risk of weapons ending up in the hands of “Al-Qaeda and other extremist groups” which he said were seeking to seize Syria.

No representative from the Syrian opposition coalition attended the Tehran meeting, as it rejects dialogue for as long as Assad remains in power.

Iranian media said the meeting brought together some 200 representatives of the Syrian government and different political, religious and ethnic groups.