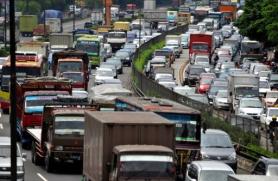 “Our main aim is to decrease the number of road accidents and victims,” said Salma Bahgat, volunteer at the Egyptian Red Crescent and campaign organiser.

The launch was held on Sunday at the Egyptian Red Crescent headquarters. The campaign resumes on Monday when awareness flyer will be distributed at the Cairo-Alexandria toll crossing. The flyers encourage passengers to wear seatbelts and stick to the speed limit.

“We were targeting passengers who take the ring road,” Bahgat said, “yet, due to our inability to access the ring road, we focused instead on Cairo’s main toll gates to which the ring road leads.”

The volunteers stationed at the gates will encourage people to wear their seatbelts on the road with the distribution of printed t-shirts and giveaways.

Other events, scheduled to take place throughout the week, include similar awareness campaigns at the Ein Al-Sokhna and Ismaileya gates.

A similar campaign is also scheduled to take place in Alexandria in December, Bahgat said. the Alexandria campaign will target the Courniche and Gamal Abdel Nasser road.

51 children were killed in a train crash in the Manfalout area of Assiut on Saturday. The train collided with a school bus in a tragedy which shook the country.

“The crash made our campaign more tangible,” Bahgat said, adding that Egyptians are now motivated and thus more likely to respond to the awareness campaign. “Egyptians must realise that there is a problem which will be solved when they themselves address it before the government does.”

According the WHO, out of every 100 thousand Egyptians  almost 42 will die on the road. 48 per cent of road traffic victims die inside their vehicles, compared to 20 per cent which are pedestrians.