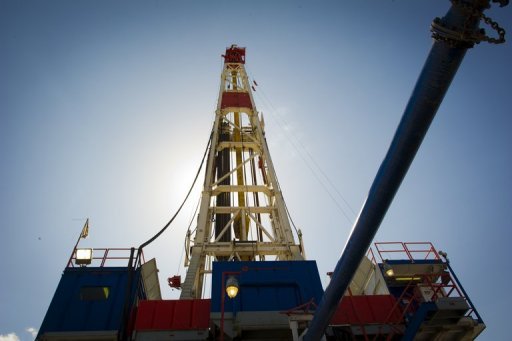 London (AFP) – A spike in shale oil and gas production is revolutionising the energy sector and risks weighing on prices of conventional crude, according to industry experts.

A forecast last week by the International Energy Agency (IEA) that the United States would become the world’s biggest oil producer by 2017 thanks to an explosion in hard-to-reach energy trapped in shale, or sedimentary rock, has triggered debate among companies and consumers.

De Margerie stressed that the industry’s biggest danger was no longer a drop in oil reserves, but rather technological limitations preventing exploitation of energy resources that can serve the world’s needs for “decades and decades.”

But although “the future is going to be technologically challenging” it will not be “more than it has been in the past,” said Mike Daly, a senior executive at British energy group BP.

Daly said that industry spending on exploration was at $90 billion (70 billion euros) a year compared with $20 billion just five years ago, while more than half of current spending was on unearthing unconventional hydrocarbons such as shale oil and gas.

According to the IEA, which represents major oil consuming nations, world gas demand is set to rocket by 50 percent by 2035, with half of this increase met by unconventional gas output mainly in the US, Australia and China.

The IEA added that world oil demand should increase by 10 percent over the next 23 years on higher transport usage and result in crude prices rising to only $125 a barrel compared with $107 on average at the moment.

Shale oil and gas “will have the power, not only to stop prices from rising any further, but to send prices lower in the coming years,” said DNB Bank analyst Torbjorn Kjus.

“This is despite our view that geopolitical risk in the oil market will be even higher in the coming ten years than in the prior ten years.”

“Looking further ahead, Saudi’s position is only likely to weaken. The world could be awash with oil as a result of the surge in alternative energy supplies, as well as rapid gains in energy efficiency in developing economies,” he told the Oil & Money conference.OPEC, of which Saudi Arabia is among the cartel’s 12 member nations, downplayed the threat posed by shale liquids.

“I don’t believe that shale gas will have a big share” of the energy market, concluded Abdullah El-Badri, secretary general of the Organization of Petroleum Exporting Countries.

El-Badri also warned that persistent IEA forecasts that the United States would become the world’s leading oil producer would lead to a drop in investment by other crude-producing countries.