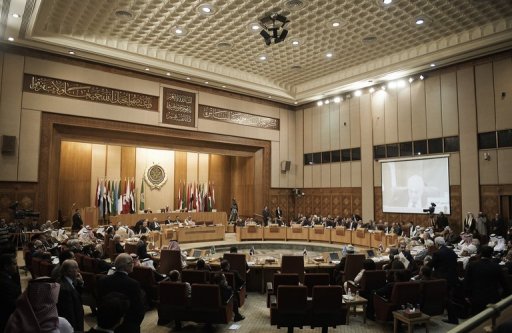 A resolution released after the emergency meeting of Arab foreign ministers on Saturday called for Arab League member states “to observe a moratorium on all forms of normalisation with Israel.”

The ministers passed a resolution condemning the “brutal Israeli aggression against civilians in the Gaza Strip which are war crimes and crimes against humanity.” The resolution called on Israel to end its operation and commended “Egypt’s efforts to coordinate with the state of Palestine to end the aggression and alleviate the suffering of the Palestinian people.”

It was also announced that the secretary general of the Arab League will “visit the Gaza to affirm solidarity with the Palestinian people and to immediately deal with the humanitarian needs.”

The ministers reaffirmed the “Arab identity of Jerusalem and reject[ed] all illegal Israeli practices aimed at Judaising the city and changing the demographics.” They also “order[ed] the full and immediate cessation to settlements on Palestinian territory in the West Bank, including East Jerusalem.”

The resolution called for all Palestinian factions “to end the division and restore unity to confront the current challenges.” The ministers also called on all “United Nations member states to support the Palestinian bid on 29 November to raise the status of Palestine… to a non-member state.”  The declaration accused Israel of using “aggression on the Gaza Strip… to thwart Palestinian endeavours to go the United Nations.”

The ministers also called for all Arab countries to provide for the humanitarian needs of the people in the Gaza Strip in the form of “urgent food aid, medicines and medical equipment to treat the wounded.”

The World Health Organization (WHO) released a statement on Saturday regarding the Gaza crisis. The statement said “the WHO is deeply concerned about the escalating situation in the Gaza Strip and Israel and its impact on the health and lives of civilian populations in the area.”

The statement claims “the Ministry of Health in Gaza reported that 38 people had been killed: 27 adults, of whom two are women, and 11 children under the age of 18. Three people were also reported killed in Israel.”

The statement pointed out that before the Israeli operation began “health facilities were severely over stretched mainly as a result of the siege of Gaza.” As a consequence of this and the escalation of violence the hospitals in the Gaza strip are struggling to cope. They have a shortage of anaesthesia drugs causing them to postpone surgeries.

The statement appealed to the international community for financial support “to provide essential medicines to cover pre-existing shortages, as well as emergency supplies for treating casualties and the chronically ill.” The WHO requires $10 million to achieve this.