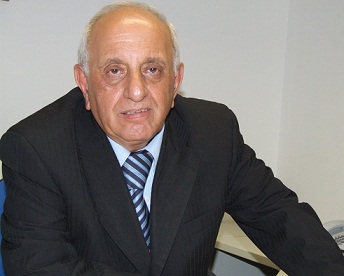 How does Brazil perceive the investment climate in the Arab Spring countries?

We have to understand differences between countries where the Arab Spring happened. In Egypt and Tunisia, for instance, foreign direct investment is growing rapidly (Tunisia just released a governmental report stating that FDI increased 15 per cent from the same period in 2011).

If the countries have a strong legal system, reliable banking network, there are no obstacles for Brazilian investment. Obviously political stability is very important, but we tend to believe that these matters will be overcome in the next years.

How does Brazil feel about the Egyptian political situation?

Brazil is observing [the political situation] very closely and how it will affect our relations. President Dilma Rousseff has nominated the former Brazilian Ambassador to Egypt [Mr Cesario Melantonio] as the Special Envoy for the Middle East in the Ministry of External Relations.

In 2010, Mercosur and Egypt signed the free trade agreement, has the agreement been used in Egyptian-Brazilian trade?

Actually, the agreement has not been approved yet. There is still a pendency regarding the list of products, which will receive the tax reduction. Brazilian authorities expect the agreement to be enforced as soon as possible.

Brazil is Egypt’s gateway to Latin America, what could be done so Egypt can penetrate that vast market?

Firstly it is important to better understand the Brazilian market, the competitors and market niches for Egyptian products. One month ago the Arab Brazilian Chamber of Commerce, together with the Egyptian Commercial Service Office in Sao Paulo released a guide for Egyptian exporters on how to enter the market.

The Egypt-Mercosur free trade agreement is also crucial to expand trade relations. We believe this agreement will be signed within two years.

What are the main obstacles standing in the way of expanding trade relations between Egypt and Brazil?

One of the obstacles is clearly the distance, which implies that the cost of the logistic process is higher compared to the logistic costs of European countries to Egypt, for example. Also, we have the import taxes, which are very high for some products. However, we expect that the free trade agreement will solve a major part of this issue as soon as it is enforced.

Around 58 per cent of Egyptian livestock imports are from Brazil, how could Egypt make better use of Brazil’s copious livestock resources?

Brazil is known for its sophisticated technology regarding livestock and meat processing. EMBRAPA (Brazilian Company for Agricultural Research) has agreements with the Egyptian government to improve technical cooperation.

As part of the South-South cooperation strategy implemented by the Brazilian government, Brazil is focused on assisting development countries.

Are there potential Brazilian investments in Egypt? If so, in which fields and what are the main projects?

Currently there is investment from Marcopolo (Brazilian manufacturer for heavy vehicle bodies). We are not aware of any other Brazilian investment in Egypt.

What are your demands as a chamber of commerce from Egypt to facilitate trade between Egypt and Brazil?

As an Arab chamber of commerce, our role is to promote and facilitate the trade between Brazil and the Arab countries. For that reason, a closer integration with Egyptian chambers of commerce is essential. Additionally, the information flow between both countries must be constant and it is essential, so when any opportunities arise in our countries, the other party must be promptly informed.

We also urge Egyptian companies to be present in trade exhibitions in Brazil, so they can better visualise opportunities in a growing market.

Nowadays, we already have a vast number of shipping lines on the route between both countries, with transit times varying from 16 to 25 days, which is considered an acceptable period considering the distance involved.

What does the ABCC propose in order to equalise the trade balance between Egypt and Brazil?

Today, Egypt is the second major Brazilian export Arab partner, having imported in 2011, $2.62 billion from Brazil. On the other hand, Egypt is only the seventh major Brazilian import partner, having exported in 2011, $344.72 million to Brazil. Among those goods, which Egypt exported, are fertilisers, mineral fuel and cotton. In order to diversify the range of products exported to Brazil, Egypt should concentrate on goods which are exported a lot to the world in general and which Brazil also imports a lot from the world. For example, electric materials, plastic and its derivatives and fruits (specifically the ones produced locally, like dates).