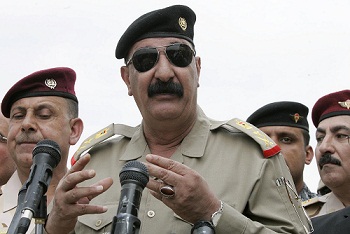 The warning was an apparent response to the deployment of thousands of troops from the autonomous Kurdistan region as reinforcements to disputed Tuz Khurmatu, though many of them were subsequently withdrawn, a high-ranking Kurdish officer told AFP.

Clashes in the town on Friday that killed one person and wounded others took place between peshmerga and Iraqi government forces, Kurdistan president Massud Barzani said, but an Iraqi general denied Kurdish forces were involved.

Tensions between Baghdad and the autonomous Kurdistan region in northern Iraq have been running high after the establishment of a new military command covering disputed territory, and over various other long-running disputes.

Barzani ordered the peshmerga “to exercise restraint in the face of provocations, but also to be in a highest state of readiness to face any aggressive acts.”

Kurdish leaders want to expand their autonomous region across a swathe of territory that stretches from Iraq’s eastern border with Iran to its western frontier with Syria, against strong opposition by Maliki’s government.

US forces played a coordinating role between Kurdish and Arab forces in the disputed territory, forming joint patrols and checkpoints comprised of US soldiers, Iraqi soldiers and troops, and Kurdish peshmerga forces.

But US troops withdrew from Iraq last year, removing a buffer to Arab-Kurd tensions.