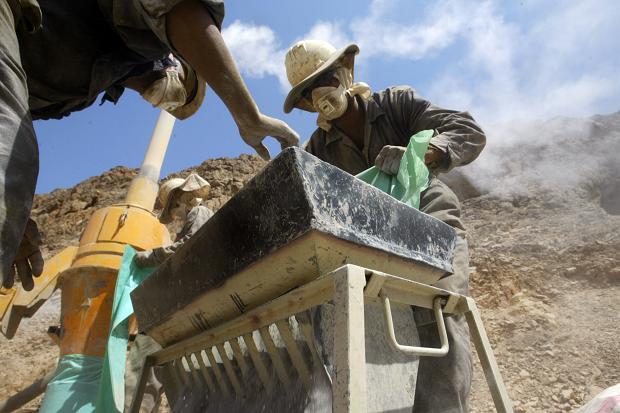 The southern Red Sea coast and surrounding part of the Eastern Desert is one of the poorest and least developed regions of Egypt’s coastline and one of the few areas that can still boast a pristine natural environment.

As touristic interest in the area grows and subsequent development follows in its wake, a group of concerned Egyptians are launching an initiative to devise a development plan for the area that considers sustainable tourism and environmental awareness.

The 3Alganoob, To the South, programme is slated to start in April 2013 and will involve a conference, a workshop, a cultural festival and a series of press conferences to raise awareness and develop plans to ensure that the economic richness of tourism, fishing and mining will be developed in a sustainable way.

“Nearly all discussions regarding sustainable tourism and development of the southern part of the Red Sea coast take place in Cairo but we felt it was time to organise a platform in the area itself,” Amr Ramadan, one of the organisers of 3Alganoob said. “The natural resources are vast and have great economic potential but we would like to prevent development like in Hurghada and Sharm El-Sheikh.”

Besides the obvious draw the still empty beaches and largely unspoiled reef systems have for tourists, fishing and mining are economic factors as well. Local tribes sustain themselves through combinations of catching fish and working in the local tourism sector. Gold is being mined in the desert surrounding the coast. “No studies have been done on what the environmental impact will be of the mining in the area, but they are sorely needed,” Ramadan said.

The conference aims to bring together all stakeholders in order to develop a realistic, sustainable and environmentally friendly development plan for the area. “We will invite the local leaders of the tribes and NGO’s that have experience with sustainable development among others,” Ramadan explained. “At this moment the Wafaa El Nil NGO and the Deep South Eco-lodge are spearheading the initiative but we hope to create a broad platform to ensure the conference will be a success.” A second conference is planned to be held in the following year, which will then include the government.

Ramadan, who is a policy analyst, explained why during the first conference the government is not included. “The government is not ready to address local planning at this time and I believe that development starts on a local level. At this moment in time there is no local council in place so we will have to wait until there have been local elections.”

The cultural event that will be organised alongside the conference aims to attract people who are interested in the culture of the region and raise awareness of the issues that it faces.

The organisers of 3Alganoob are currently setting up appointments with possible partners and are developing plans to raise the funds they need. “We have written the concept note and aim to have the final plan ready by mid-December,” Ramadan said. “We will then have two months to fundraise and that might prove to be a bit too ambitious but whatever happens, the project will take place. A proper development plan is too important for the future of the people and the area.”