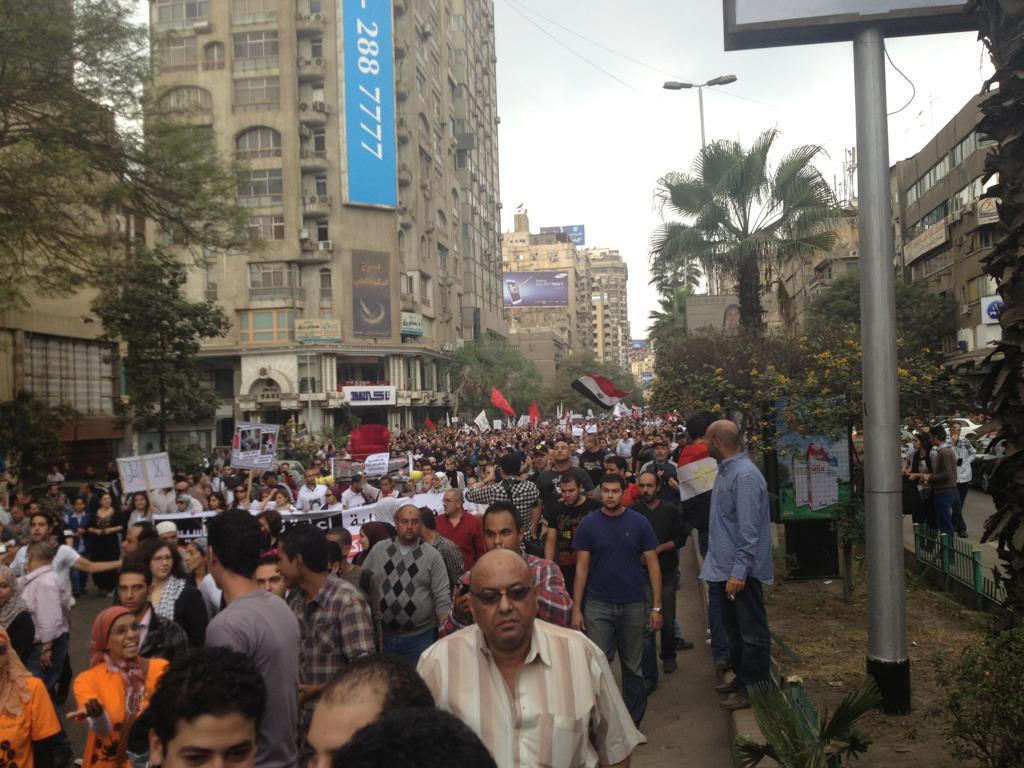 Thousands of protesters made their way to Tahrir Square from across Cairo on Friday following noontime prayers. Notable politicians including Mohamed El Baradei, Amr Moussa, Hamdeen Sabahy, Khaled Ali, Amr Hamzawy and George Ishaq participated in a march that began from Moustafa Mahmoud mosque in Mohandessin.

Other marches left from Sayeda Zeinab and Dawaran Shubra. Demonstrators called for the downfall of the regime and the Muslim Brotherhood’s supreme guide.

“The way [Morsy] is deciding to deal with the judiciary is very dangerous,” said activist, lawyer, and former presidential candidate Khaled Ali.

Flags bearing logos of The Egyptian Social Democratic Party, Al-Dostour Party, the Revolutionary Socialists, and the Popular Current were present at the march from Moustafa Mahmoud.

The marches, called in commemoration of those who died in clashes on Mohamed Mahmoud Street last year, were reinvigorated when President Mohamed Morsy granted himself wide-ranging powers on Thursday evening.

Thousands of members of the Muslim Brotherhood gathered at the presidential palace to support the same decision made by the president.

A large coalition of non-Islamist groups held a press conference on Thursday evening following the decision to condemn it for the unprecedented powers it grants Egypt’s new president.