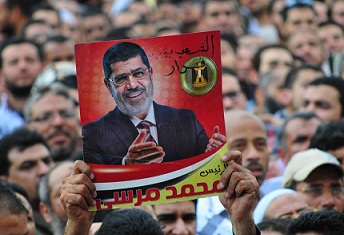 The crisis within the Constituent Assembly has escalated with the withdrawal of all non-Islamist representatives.

The withdrawal comes as a reaction to the constitutional declaration issued by President Mohamed Morsy on Thursday, making his decrees above judicial review.

Mohamed Mohy Al-Din, a Constituent Assembly member, stated the declaration led to the aggravation of the crisis between Islamist and non-Islamist members in the assembly. Al-Din added the declaration ensures Morsy’s intervention in all state powers.

Among those who withdrew are Wafd party leaders Mohamed Kamel and Abdel Aleem Dawoud and Ghad Al-Thawra party. These parties had previously refused to follow other non-Islamists in quitting the assembly.

“The constitutional declaration confirms that there is no such thing as a state for us to draft a constitution for,” Kamel said.

The remaining Constitution Assembly members represent only four parties, three of which are Islamist-oriented: the Freedom and Justice Party (FJP), Al-Nour Salafi party, the moderate Islamist Al-Wasat party, and the Civilization party.

The remaining representatives announced their support for the president’s latest decisions, confirming that the withdrawal of non-Islamist members won’t affect the assembly. Remaining assembly member Gamal Gebril stated that the 20 members who withdrew shall be replaced.

Sha’ban Abdel Aleem, assembly member and Al-Nour party member, described the declaration as positive since “it achieves a minimum of the revolution’s demands.” Abdel Aleem, alongside the remaining representatives, refused the two-month mandate extension granted to the assembly, stating that the assembly is finished with drafting the constitution.