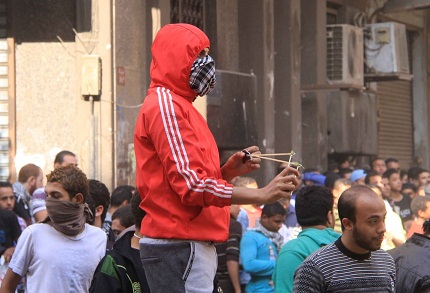 In clashes this week 216 people have been arrested in Cairo. A team of lawyers at No Military Trials have been following the numbers closely and said that a further 40 people were arrested in Alexandria.

The Ministry of Health announced that over 227 people were injured on Friday, with 45 being treated in hospital. Of these injuries, 56 occurred in and around Tahrir Square in Downtown Cairo where running battles have caused injuries to both protestors and security personnel. There were a further 30 injured in Alexandria. Other cities witnessed violence on Friday, with injuries sustained in Port Said, Mahalla and Mansoura.

The only fatality so far is to Al-Dostour Party and 6 April Youth Movement member Gaber Salah Gaber.

Gaber was shot and suffered from wounds to the head and neck believed to have been caused by shotgun pellets, one of which was lodged in his brain.