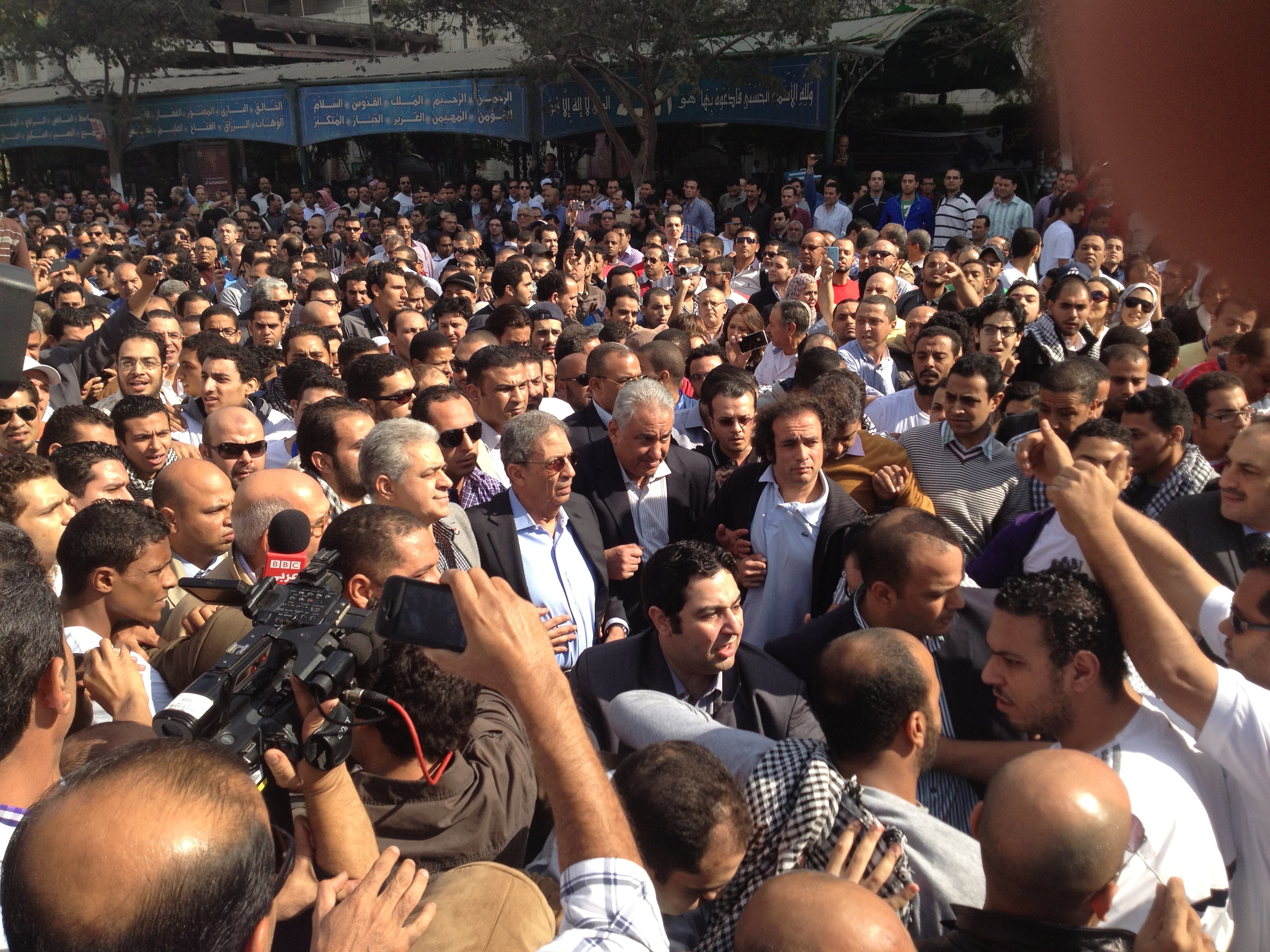 The inauguration of a National Rescue Front was  announced Thursday by the following parties:  The Constitution, Egyptian Social Democratic, Popular Movement, Congress, Free Egyptians, Socialist Alliance, Strong Egypt and a number of other democratic forces and coalitions.

Following is the first statement issued by the Front:

The national democratic forces, which met two days ago in the Wafd Party headquarters were joined today by Strong Egypt party. Their essential goal is to overthrow the illegitimate constitutional declaration. The democratic forces agreed on the following:

1. Inaugurate the National Rescue Front that will be managed by a steering committee for daily work and lead this collective leadership in all political and popular fronts in the next phase.

2. Reject any dialogue with the President before he completely cancels the constitutional declaration.

3. Support the revolutionary forces in Tahrir square and all other areas and support peaceful political sit-in until this declaration is cancelled.

4. Support the judges and lawyers in their firm position in defense of the independence of the judiciary, which was abolished by the constitutional declaration.

5. Specialised committees were formed to manage the mass action in coordination with the steering, namely:

6. The representatives of the parties and political movements committed to mobilise their members to all squares in Egypt where protesting is taking place

7. The necessary steps to achieve the goal will be implemented in a step up manner according to the coordination between the revolutionary forces and the steering committee