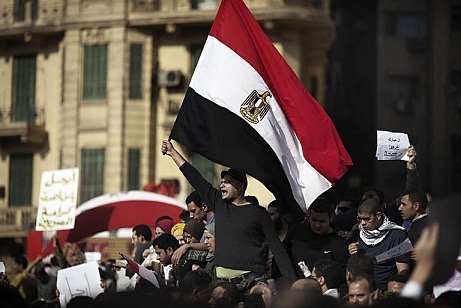 The Muslim Brotherhood (MB) are calling for two protests this week in support of decisions President Mohamed Morsy made on Thursday.

The MB calls for protests come after anti-Morsy demonstrators made calls for protests on Tuesday. Several tents are already up in Tahrir Square and 14 political groups have so far announced that they will take part in Tuesday protests. The protesters are demanding the reversal of the constitutional declaration, which Morsy announced on Thursday.

Abdeen Square is only a few kilometres from Tahrir Square, sparking fears that clashes may erupt between the two groups.

On Thursday night, Morsy’s constitutional declaration stated that the killers of the protesters under the former regime will be re-tried, and that the decisions of the president cannot be subject to appeal. While the MB say the declaration achieves a set of the revolution’s demands and was welcomed by the majority of the people, many have taken to the streets in objection. On Friday, Tahrir Square was filled with people who opposed the declaration, while Morsy supporters gathered at the presidential palace to show support for the president.