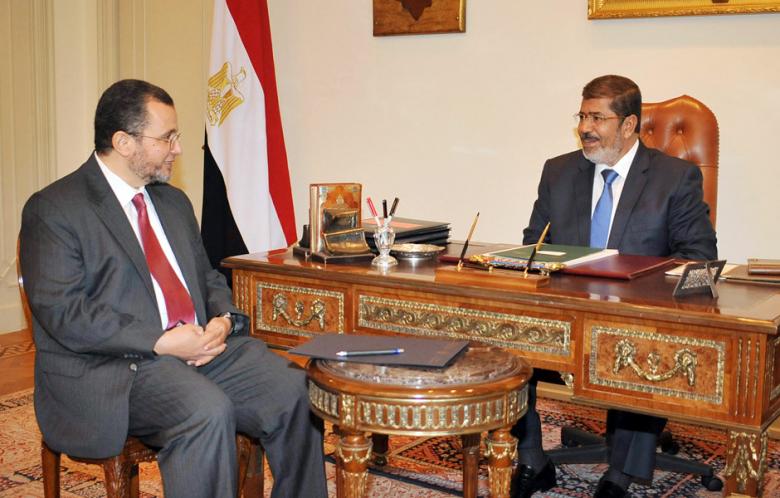 Prime Minister Hesham Qandil met on Friday morning with a number of ministers, including the ministers of interior, defense, parliamentary affairs, media, youth and services. After the meeting, the prime minister issued an official statement stating that “ending the centralisation of authority will only come within the acceleration of writing a new constitution that regulates the relations between authorities, followed by parliamentary elections.”

Minister of State for Parliamentary Affairs Mohamed Mahsoub told Daily News Egypt that “Morsy has taken the judicial authorities into his hands, these powers used to lie with the Supreme Council of Armed Forces.”

The prime minister’s statement added that “decisions that cannot be revoked from the constitutional declaration aim at having a temporary constitution until a permanent constitution is issued. This does not touch upon the rights and freedoms of citizens.”

The ministers have agreed on the importance of allowing protesters their right of peaceful demonstration regardless of their political inclinations.