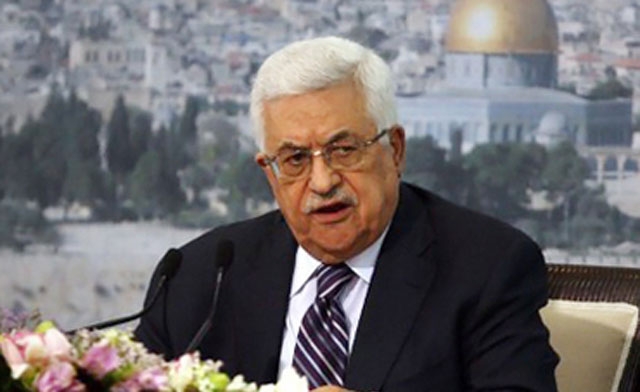 Ramallah, Palestinian Territories (AFP) – Palestinian President Mahmud Abbas on Sunday said he was “fully confident” ahead of a fresh attempt to seek upgraded Palestinian status at the United Nations on November 29.

“We are going to the UN fully confident in our steps. We will have our rights because you are with us,” he told a crowd of around 1,000 people demonstrating support for the bid to upgrade the Palestinian rank from that of an observer entity to an observer state.

“We ask for a just peace, which is agreed on by the international community which will give us our state with east Jerusalem as its capital. Without that, there is no hope at all,” he said.

Abbas said the attempt to secure upgraded status was backed by many UN member states and by all the Palestinian political factions.

Abbas said the UN move would be followed by steps to bridge the bitter political divide between his Fatah movement and its Islamist rival Hamas.

“Today, the UN. After that, reconciliation, and after that, our own state,” he said.