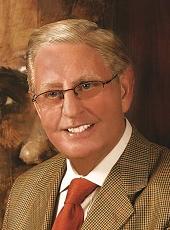 CAIRO: You’d die to be immortalised by a zinger, wouldn’t you? Like Ed Djerejian”s after Islamists and pro-democracy groups fell out in Algeria — condemning 30 million to decades of misery, penury and slaughter. Some counted 200,000 corpses. The killing hasn’t stopped 21 years on.

That North African torment began with Morsy-like expressions of benignity — shades of Zimbabwe’s dictator Robert Mugabe, who conned Margaret Thatcher into believing he was a democrat to befriend.

“It is a very special pleasure for me to be on the soil of Zimbabwe this evening (March 28 1989),” she smiled, waving a handbag at the crowd. “We’re looking forward to seeing some of the many schemes which you have done so magnificently during your great years of independence.”

I bet she’d dearly pay to edit that out of her bibliography. Mugabe shrugged off allegations of mass murdering tens of thousands. But countless African dictators artfully pulled the wool over others’ eyes, often citing Julius Nyerere, Tanzania’s president from 1961 to 1985 that democracy was a destabilising detraction.

Idi Amin (Uganda 1971 to 1979) changed his moniker after winning his election to His Excellency President for Life, Field Marshal Al Hadji Doctor Idi Amin, VC, DSO, MC, Lord of All the Beasts of the Earth and Fishes of the Sea, and Conqueror of the British Empire in Africa in General and Uganda in Particular.

Mobutu Sese Seko (Zaire/Congo 1965 to 1997) amassed billions of dollars of foreign cash. “Can anyone tell me that he has ever known a village that has two chiefs?” he crowed.

To his name he added Nkuku Ngbendu wa Za Banga meaning the all-powerful warrior who, because of his endurance and inflexible will to win, will go from conquest to conquest leaving fire in his wake. None of which saved him from ignominy. Laurent Kabila overthrew him, presiding over the deaths of three million before one of his bodyguards assassinated him.

Ed Djerejian was the go-to-guy for a heads up. One Man, One Vote, One Time came from his lips, a man whose wise counsel served every American president since Ronald Reagan struggling to unmesh the Middle East conundrum. His foreign assignments included Beirut and Casablanca, Amman, Moscow during the Soviet invasion of Afghanistan, and Israel as ambassador.

Now in his 70s he’s one of the most decorated diplomats you’ll meet, his advice sought as much now as ever. So, what did Djerejian mean when Algeria’s strongmen did what Morsy appears to have done? Damned democracy and fled from freedom.

Djerejian was making an authorised speech as assistant secretary of state for Near Eastern Affairs describing the purported goals of Islamic radicals. Until Iranian Islamist fanatics stormed the US Embassy in Tehran in 1979, the US relied on rhetoric, describing fundamental Islam’s “revolutionary and sometimes violent nature,” as well as its “ideology of an extreme nature,” and Iran as a “messianic, radical state.”

In 1991 when Algeria voted for the Islamique du Salut (FIS) following fundamentalist election victories in Turkey, Jordan, and Kuwait, the US did what diplomats do in a crisis. They dithered on the fence waiting to see what would happen next.

Algeria was on the cusp of a military coup. Would the military step in and void a fundamentalist election victory? If so, would the US play footsy with the generals as in Pakistan and Egypt?

At Meridian House in Washington DC on June 2 1992 Djerejian outlined the US government’s first statement on fundamentalist Islam. Shifting away from Reagan’s confrontational approach Djerejian portrayed Islamic fundamentalists as “seeking to reform their societies in keeping with Islamic ideals.”

He said those who are prepared to take specific steps toward free elections, creating independent judiciaries, promoting the rule of law, reducing restrictions on the press, respecting the rights of minorities, and guaranteeing individual rights would find America ready to recognise and support their efforts, just as those moving in the opposite direction would discover America speaking candidly and acting accordingly.

Djerejian tempered his commitment to free elections, “we are suspect of those who would use the democratic process to come to power, only to destroy that very process in order to retain power and political dominance.”

Djerejian said that while the US believed in the principle of One Man, One Vote America did not support One Man, One Vote, One Time. Yet he reached for a fig leaf to hide his blushes — US pragmatism towards dictators when strategic and economic advantage outweighed ethical and moral considerations.

He glossed over the choice between fundamentalist Islam and autocratic rule, and between democratic principles and status-quo pragmatism. What he did, though, was to stake out a terrain that Morsy would do well to survey, America’s definition of the characteristics of extremist groups:

(1) Those who are insensitive to the need for political pluralism. (2) Those who cloak their message in another brand of authoritarianism. (3) Those who substitute religious and political confrontation for constructive engagement. (4) Those who do not share a commitment to peaceful resolution of conflict, especially the Arab-Israeli conflict. (5) Those who would pursue their goals through repression or violence — the benchmarks adopted by secretaries of state Condoleezza Rice and Hillary Clinton, foreign secretaries including William Hague and sundry EU visitors.

So why is Morsy assigning himself absolute powers? Is it part of the bargain made with President Obama to nudge Palestinians towards coexistence? Hardly. Morsy is smarter than that. He knows Israel will snuff out any meaningful dialogue. Or is a whiff of cordite in the Cairo air? Is he preempting SCAF’s sabre rattling? The generals can’t be pleased with the way the constitutional dialogue is going. Surely we haven’t heard the last from them? But the military pick fights they can win, not ones that jeopardise their pension pots.

Has Morsy figured out tinkering with taxes will neither salve the liberals’ ire nor middle class mopes. They’ll yank him out of office the first chance they get. Promises to engulf the nation in a tsunami of value added tax mumbo jumbo might keep the IMF and some Euro lenders sweet. Drowning the nation in VAT is suicidal, best left to a parliament who’ll kick that can down Qasr El-Aini Street.

What could save Morsy? Something that aligns him with religious and secular, left and right, radical and conservative, east and west, the rich and the poor. And satisfies Ambassador Edward Djerejian, when he explains how One Man, One Vote, One Time can be accommodated briefly on the path to freedom and democracy.

Djerejian says it must be “The pursuit of viable economic and social development programs, privatisation and adequate educational and vocational training.”

Not catchy enough to be memorable, but sufficient to satisfy the jobless, young and poor demonstrating in Tahrir square and at the palace gates. In other words: a vision, not a shopping list for half-baked Mubarak tripe. Further reading: A roadmap to dig Egypt out. The Wealth of Nations was the first political economics tome written by the Scottish enlightenment philosopher, Adam Smith, in 1776, and still in print.

Drop by AUC Press or Diwan bookstore. Five bucks and change on Amazon.com.