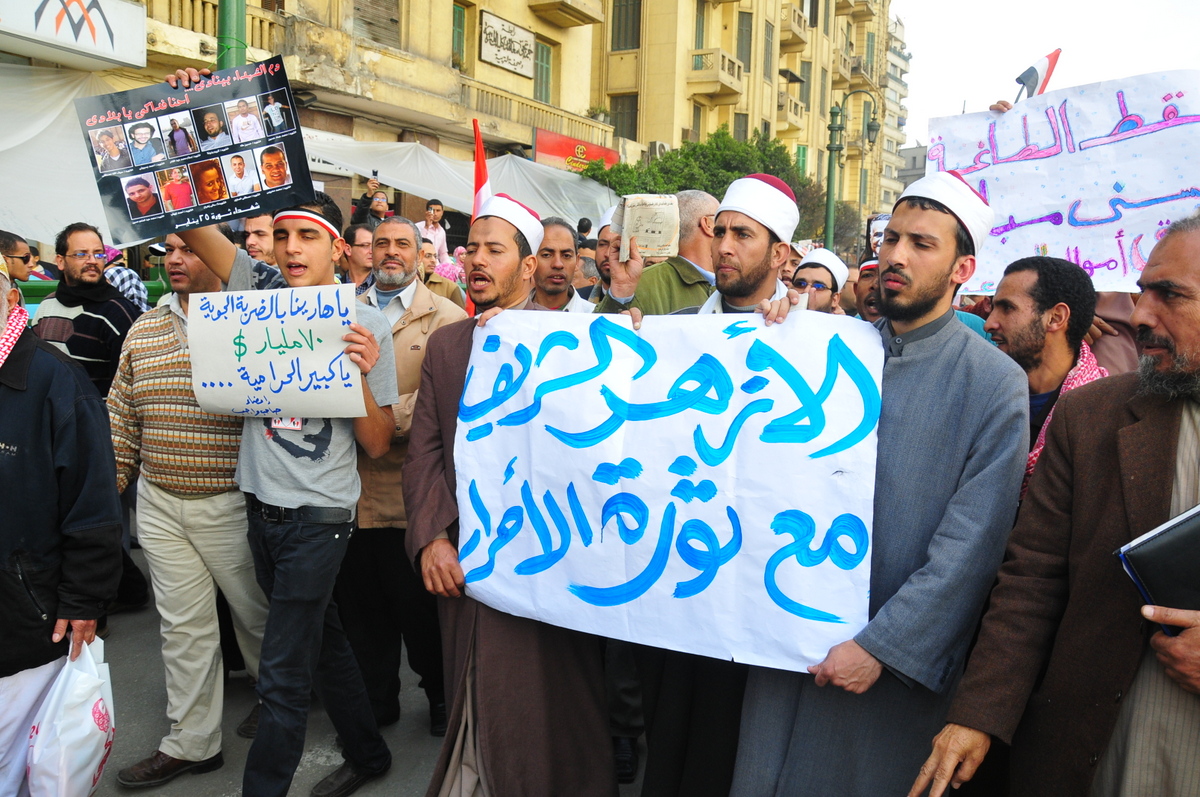 On Tuesday students belonging to the Muslim Brotherhood (MB) attacked students from Al-Dostour party and Progressive Thought Club at Al-Azhar University; fights broke out during a protest against President Mohamed Morsy and his latest constitutional declaration.

Two members of Al-Dostour were injured in the attacks and taken to hospital, according to Khaled Daoud from Al-Dostour.

Morsy had released a constitutional decree on Thursday removing Mahmoud from his duties and appointing a new prosecutor general; placing his decrees above court appeal; protecting the Shura Council and Constituent Assembly from dissolutions; and extending the latter’s deadline for drafting a constitution by two months.

Students carried banners demanding reform of the judiciary and the media as well as the prosecution of Mahmoud. They chanted “we support the president’s decision” and “he didn’t go to Vatican but soon he will go to jail” referring to Mahmoud who rejected his appointment as an envoy to Vatican earlier in October.

The march was followed by a conference for students from various Islamic currents. Nader Bakar and Shreef Taha from Al-Noor party spoke at the conference.

“The constitutional declaration was a pre-emptive strike from the president to protect elected bodies from court dissolutions after what happened with the People’s Assembly”Bakar said.

He added that in Germany, the court refused to dissolve the parliament although it was formed upon unconstitutional procedures, “they respected the ballot box and refused to punish the people for procedural error.”

Bakar said Al-Azhar marches on Monday were peaceful and no clashes occurred, “the majority of Al-Azhar students share the same ideologies and belong to the Islamic current.”

“The upcoming period requires the rule of legitimacy and avoiding clashes with opposition powers”he added.

However, state-run MENA reported the Grand Imam met with them in an attempt to reach an agreement about the constitution. The delegation included representatives of churches, civil powers and political parties who withdrew from the CA, according to MENA.