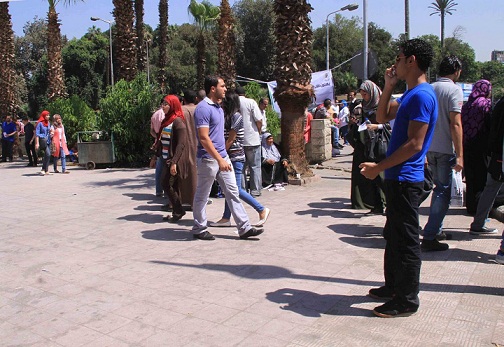 Some schools in Cairo were closed on Tuesday because of fears of unrest stemming from planned protests.

The head of public relations at the Ministry of Education, Dr Mohamed Al-Serougy, said the ministry itself didn’t give orders for schools to close on Tuesday, leaving it to principals to decide on a case-by-case basis.

Three schools near Mohammed Mahmoud Street were relocated because of their proximity to the clashes, as were several schools near Al-Nahda Square, where the Muslim Brotherhood had initially planned to hold a march before cancelling it.

Al-Seroughy said however that the governorate of Giza cancelled evening classes in all schools.

He expected absenteeism to be high even though the ministry didn’t officially close all schools.

Likewise Ain Shams University was functioning as normal, according to Hassan Ammar, the secretary general of the university.

In Alexandria, the secretary general of Alexandria University, Metwaly Abdel-Salam, said it was classes as usual.