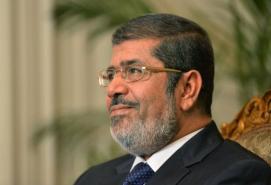 Two presidential advisors and one political party have proposed initiatives to solve a stalemate caused by the president’s constitutional decree.

Two of the initiatives were proposed on Tuesday night when Tahrir Square was full of protesters denouncing the declaration.

Seif Abdel-Fattah, a presidential adviser, suggested that the president announce another constitutional declaration in which he keeps only Articles 1 and 3 of the declaration announced last Thursday. Abdel-Fattah described these two articles as those “agreed on by Egyptians generally, and by political and revolutionary groups.”

Article 1 of the president’s constitutional declaration states that should new evidence appear those implicated in killing protesters under the former regime would be retried.

Article 3 states that the prosecutor general is appointed by the president. This article resulted in the dismissal of Abdel-Meguid Mahmoud last week. Tala’at Abdallah was sworn in as his replacement on the same day.

Abdel-Fattah’s suggestion to keep the two articles is very similar to an initiative proposed by the Strong Egypt Party on Monday. The party demanded clear criteria on who can become prosecutor general and that the post is appointed by the Supreme Council of the Judiciary; the president would only get to ratify the council’s decision.

While protests over the past week have been largely divided into pro and anti-Morsy, Strong Egypt said that it will be carrying out separate marches and protests to raise awareness of its own initiative from Tuesday to Thursday, across the country.

The party also called for the reformation of the Ministry of Interior and an end to the ministry’s practices of “assaulting and arresting protesters, in violation of law and human rights.”

Morsy’s declaration has left the Egyptian street largely divided. The declaration placed Morsy’s decisions beyond appeal and that the president can take any necessary measures, within the law, needed to protect the nation and the revolution.