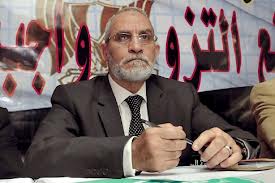 Several political powers have been sitting-in Tahrir Square since Friday, calling for having the constitutional declaration revoked. The political powers opposing the declaration led a million-man march to the square Tuesday evening. The march filled up Tahrir square entirely.

“Our march aims at delivering the full picture,” Ahmed Sobei’, spokesperson of the Freedom and Justice Party (FJP) which led the calls to Saturday’s march, said, “that is; that a big portion of the people supports the president’s decisions.”

The million-man march also aspires to confirm that Tahrir Square is for all, and not just for those who oppose the president’s decisions, Sobei stated.

The march shall only head for Tahrir Sqaure in Cairo. No other marches are scheduled to take place throughout the country in support of Morsy’s decision. Tuesday’s opponents’ march was one of the several marches that were staged throughout the country, demanding the cancellation of the constitutional declaration.

Other Islamist powers are taking part in the protest such as; Al-Nour Salafi Party, Al-Asala Salafi Party, the Salafi Front, The Building and Development Party (Al-Jamaa Al-Islamiya’s political wing) and the moderate Islamist Al-Wasat party.

The powers currently sitting-in in Tahrir Square received the news of Saturday’s march with concern.

“We pray for God to guide their thoughts to a different direction,” Al-Dostour party’s media office said, referring to the Islamist powers. Al-Dostour party is one of the political forces taking part in the sit-in opposing Morsy’s declaration. He added that the calls for the march seem to be intending to draw the country to bloodshed since the opposing forces will still be sitting-in in Tahrir square when the supporters’ march arrives “unless the constitutional declaration is revoked before Saturday.”

The Popular Current, a non-Islamist movement involved in the sit-in in Tahrir Square as well, opposed the planned protest. Its media spokesperson, Heba Yassin, said the decision was an odd one because the Brotherhood knows that there is a sit-in ongoing. “It shows that they want further escalation and clashes and that they have no respect for the blood of  Egyptians,” Yassin said. She called on the Brotherhood to go back on their calls and said they will be held responsible for any bloodshed that occurs.

Hany Khorshid from Al-Dostour Party said that if Morsy goes back on the declaration on Thursday, then there will be a celebration by the opposition in Tahrir on Friday and there would be no problem. However, if he doesn’t rescind the declaration, Khorshid said clashes were likely.

Opposition members in Tahrir plan to continue their sit-in on Friday despite the possibility of clashes. Khorshid said, “we will maintain the sit-in until he [Morsy] takes back the declaration.”

The youth secretariat in the Egyptian Social Democratic Party similarly said any clashes will be the Brotherhood’s responsibility and added that supporters of the constitutional declaration could demonstrate that support elsewhere.

Sobei suggested that the sitting-in forces leave the square for six hours on Saturday, during which time, the supporters’ March shall take place.

“This is a joke!” Al-Dostour party’s media office said, “Tahrir square’s not a celebration hall so that we take turns on using it.”

Sobei’ assured that the participants in Saturday’s march shall “prevent any fights from occurring”, dismissing the possibility of the march leading to a “civil war”.

The Muslim Brotherhood and its political wing, the FJP, postponed Monday night a protest they had scheduled for Tuesday near Cairo University, to prevent “bloodshed”. The protest was likely to overlap with a march to Tahrir square opposing Morsy’s declaration.

The constitutional declaration issued last Thursday granted Morsy sweeping new powers. His opponents accuse him of abusing the legislative power he holds in the absence of a lower house of parliament.