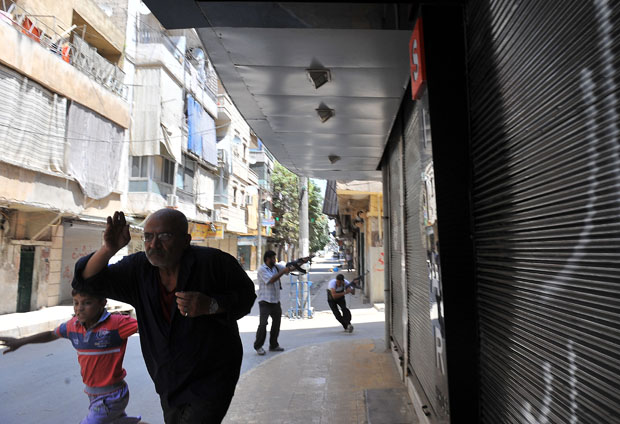 AFP – Syria has effectively been cut off from the Internet, two US technology companies which monitor web traffic reported Thursday.

Akamai, one of the firms which monitors global traffic, said traffic stopped from 1026 GMT, and that this supports the observation from another IT firm, Renesys, “that Syria is effectively off the Internet.”

Renesys said in a blog posting that its monitoring showed “Syria’s international Internet connectivity shut down.”

“In the global routing table, all 84 of Syria’s IP address blocks have become unreachable, effectively removing the country from the Internet,” the company said. “We are investigating the dynamics of the outage and will post updates as they become available.”

The reports could mean that the embattled regime of Bashar al-Assad has cut off the networks as he cracks down on rebels in the war-torn country.

Earlier, activists in Syria said Internet and mobile telephone communications were cut in the capital Damascus, and land lines were barely functioning.

An activist in the embattled Eastern Ghouta region east of the capital told AFP that only satellite Internet connections were operating in the area.

The Local Coordination Committees, a leading network of activists on the ground, said “communications and Internet service have been cut in most parts of Damascus and its suburbs, raising fears that the criminal Syrian regime is up to something.”

It said landline and mobile services were cut throughout the central provinces of Homs and Hama, in Daraa and Suweida provinces in the south, in Tartus province on the coast, and in some cities in Deir Ezzor and Raqa provinces in the east.

Fighting between rebels and troops is currently focused around Damascus, with the army trying to dislodge rebels who have set up rear bases on the outskirts of the capital.