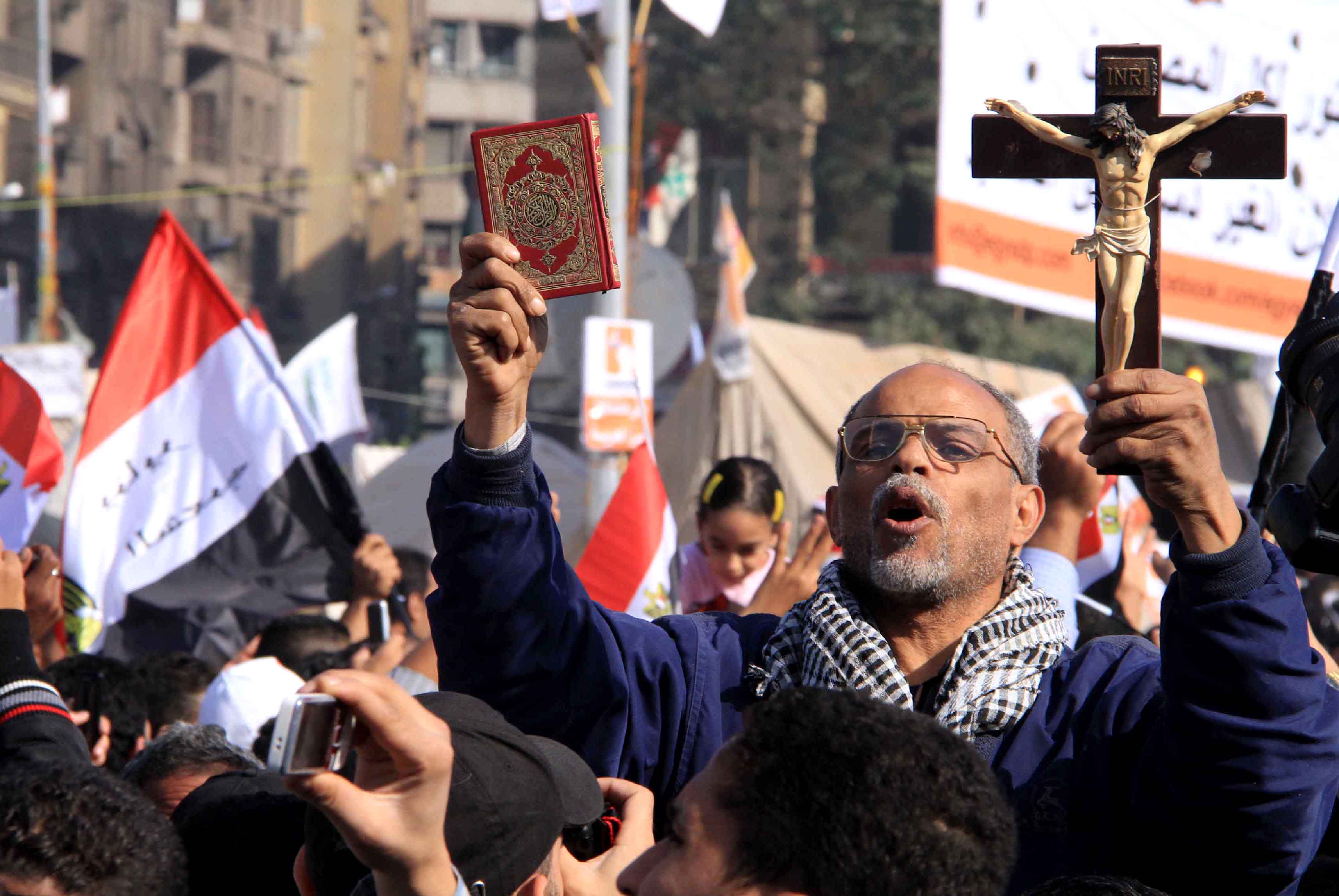 Ambiguity surrounds the definition of faith in the proposed constitution. Article 43 of the newly passed draft constitution expresses the freedom of religion, but the document begins by declaring that Islam is the religion of the state and that Shari’a is the main source of legislation. The constitution then makes clear that the canonical texts of Christianity and Judaism should be used to govern the personal lives of their adherents.

The beginning of chapter two of the constitution, concerning moral and political rights, starts with the statement that “Freedom of belief is inviolable.” However, it then goes on to say the state guarantees the freedom to practice “the heavenly religions.” This phrase in Arabic is understood to mean the three Abrahamic faiths of Judaism, Christianity and Islam. Therefore, this article does not provide any religion falling outside that definition with a guarantee of protection. Prompting concern within the Baha’i community in particular.

“Religion is a right, but they didn’t allow everyone to pray,” said lawyer and activist Malek Adly. “Bahá’í in Egypt cannot pray according to this draft, because they are not Muslims, Christians, or Jews.”

Magdy Qorqor, a professor at Cairo University and a constitutional expert, responded to this criticism bluntly, “Bahá’í is not a religion. Mohammed, Issa, and Mosses, those are the religions from God. Anything after that is not a religion. Islam is the last religion.”

The contentious article is also increasing tensions with the Shi’a community. Bahaa Anwar, a Shi’a community spokesperson, said that the article is, “against religion itself, in the Quran you are free to be a believer or not. With this article, you take the choice from me.”

Anwar cited as an example of this year’s Ashura holiday when Shi’as were refused entry to the holy Hussein Mosque in Cairo. Anwar said that the worshipers were turned away by a united force of policemen and Salafi militiamen.

“This is not the constitution of a modern, civilian country like Egypt,” Anwar added.

Adly and his fellow activists have not given up their calls for reforming the constitution. Speaking from Tahrir Square on Friday he said, “We are trying to press on the authorities and the constituent committees to restart their work.”