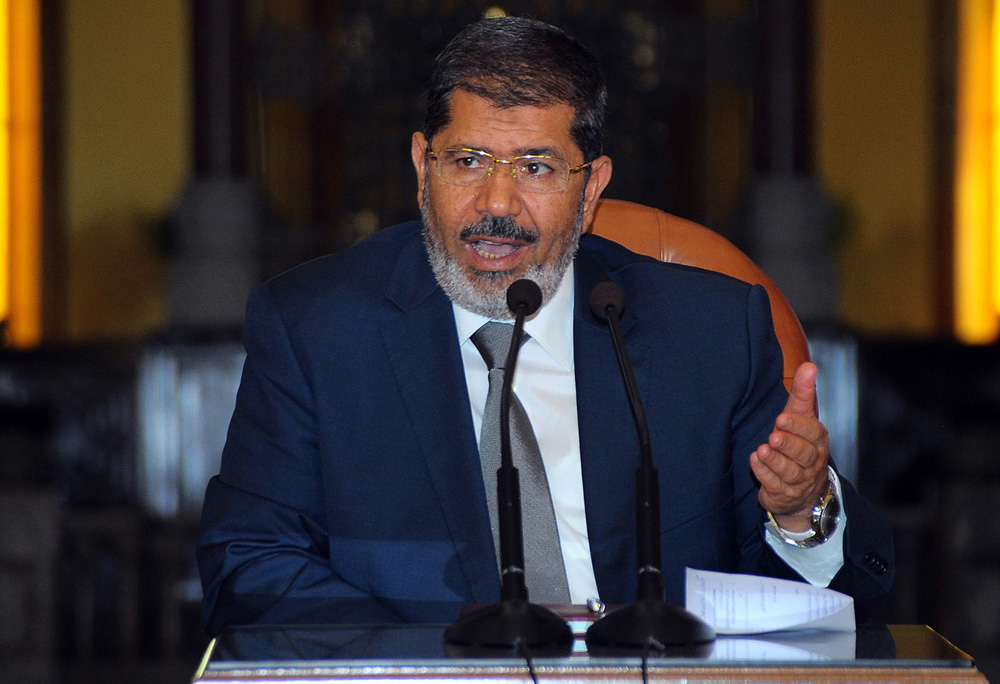 In an interview with the Egyptian state

TV Thursday night, President Morsy said he acknowledged his responsibility for issuing the latest constitutional declaration, assuring it is a “necessity” to move forward from the transitional stage.

Responding to questions relating to the polarization hitting Egypt after his new decrees, Morsy said he is “very happy that Egyptians have reached this excellent stage to freely express their opinions”. He described the scene of protesters opposing his constitutional declaration as “healthy and positive, as long as the country’s institutions are not harmed”.

The president stated that many articles in the new constitutional declaration have met the demands of the January 25 revolution. “Dismissing the ex-prosecutor general Abdel Meguid Mahmoud has been one of the revolution’s requests, although the move came a bit late,”  he said. Morsy added that the re-trials of old regime figures is yet another mandatory step to accomplish the revolution’s goals.

After his meeting with the Supreme Judiciary Council, Morsy told the interviewers that he respects “the judges and their rules,” but does not want them to “get involved in political antagonism”.

On the immunity of presidential decisions, the president said he had explained to the judiciary body the precise definition of “sovereign matters,” stating that it relates more to decisions on the Supreme Council of Armed Forces, monitoring bodies and other institutions.

Throughout the interview, Morsy has repeatedly stressed on the “temporary” nature of the constitutional declaration, explaining that as soon as a constitution is in place, his newly announced decisions will be void.

Commenting on the planned million marches on Friday and Saturday, Morsy said, “marches are a healthy phenomenon as long as no party oversteps the other. For me, both supporters and opponents share the same value and importance.”