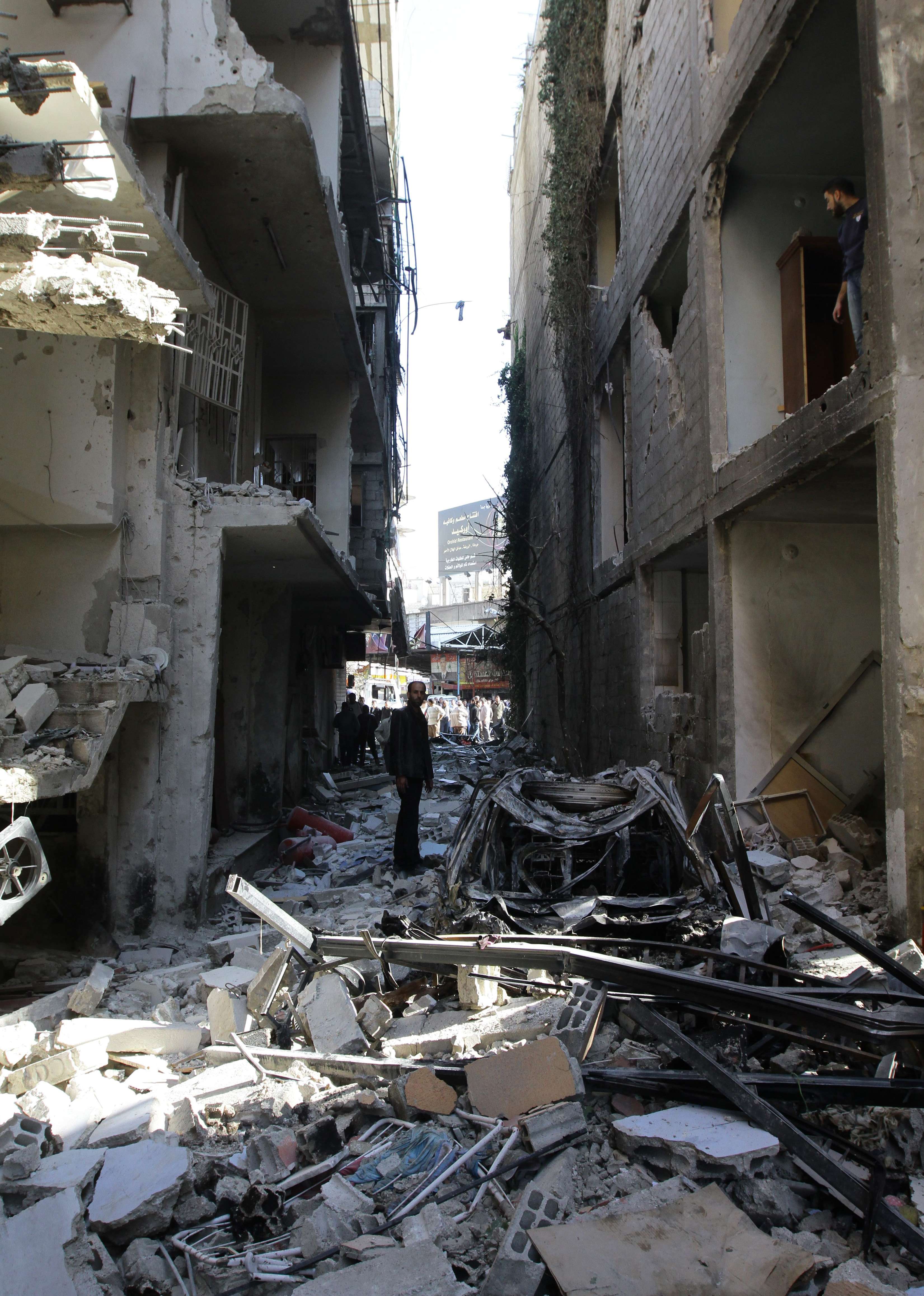 AFP – The army shelled the southwestern outskirts of Damascus on Saturday as it mounted an offensive against rebel fighters holed up in the area, the Syrian Observatory for Human Rights said.

“The army shelled orchards that extend from Kfar Sousa to Daraya and are taking on rebels who control the region,” said the Britain-based watchdog, which relies on a network of activists and medics on the ground.

The Syrian Revolution General Commission, a grassroots network of opposition activists, reported that government forces also shelled Douma, a town on the opposite side of Damascus.

Douma is located northeast of the capital, in the embattled Eastern Ghouta region where the regime has launched a major operation to secure the airport highway.

Analysts say President Bashar al-Assad’s regime has been trying to secure an eight-kilometre (five-mile) radius around Damascus at all costs in a bid to be in a position to negotiate a solution to the conflict.

The Observatory also reported shelling and fighting in Aleppo, Syria’s second city in the north, which has been scene to urban warfare for more than four months.

Also, clashes were reported in the central city of Homs, dubbed by activists “the capital of the revolution”.

Violence nationwide killed at least 122 people on Friday, including 73 civilians and 22 fighters from neighbouring Lebanon, according to the Observatory.

It says that overall, more than 41,000 people have died since the eruption of the uprising in March 2011.