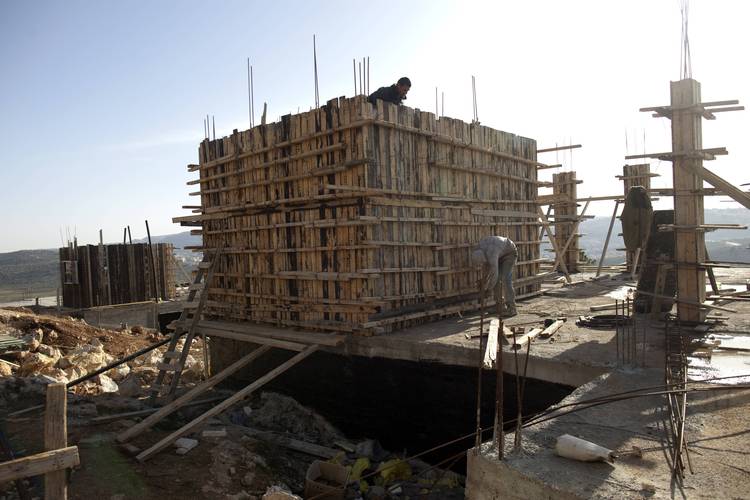 “The UK strongly advises the Israeli government to reverse this decision,” Hague said in a statement, reported AFP.

The Israeli move comes after the United Nations General Assembly recognised Palestine on Thursday as a non-member observer state. Britain abstained from voting.

On Friday, Israel announced the government’s approval of the construction of 3,000 settlements, in the area known as E1, located near Jerusalem and includes a part of the West Bank, according to Reuters.

“The window for a two-state solution is closing, and we need urgent efforts by the parties and by the international community to achieve a return to negotiations, not actions which will make that harder” Hague said.

He added that the decision makes a sustainable two-state solution increasingly difficult.

The US, which voted against Palestinian recognition, had condemned the Israeli project on Friday, saying that it was “counterproductive.”

“Direct negotiations remain our goal and we encourage all parties to take steps to make that easier to achieve,” said National Security Council spokesman Tommy Vietor.

Secretary of State Hillary Clinton said in Washington that the Obama Administration has been clear with Israel that establishing settlements set back the peace negotiations.

“I call on Israeli authorities to refrain from any decision to that effect and to clearly show their willingness to restart [peace] negotiations,” said French Foreign Minister Laurent Fabius.

Palestinian envoy to the UN, Riyad Mansour considered the Israeli announcement “a provocation.”

“They are trying to provoke us to react — I don’t know in which way,” Mansour told the General Assembly, reported AP.

Abbas said UN recognition was not a tool for confronting Israel but rather aiming to “breathe new life” into negotiations with Israel. He added that Palestinians will act responsibly and positively in their next steps.

Palestine won the UN recognition on Thursday with 138 votes with, nine against and 41 abstentions. The recognition enables Palestine to sign international treaties and join UN bodies.

The new status enables Palestine to seek International Criminal Court (ICC) membership, and according to Reuters that worries Israel, as the Geneva Conventions that sets the basis for international humanitarian law, prevents occupying powers from moving parts of its own civilian population into the territory it occupies. This makes Israeli settlements questionable in front of the ICC.