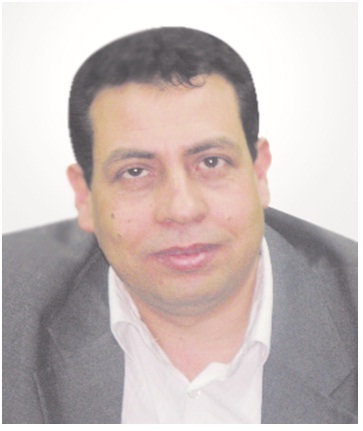 The political scene in Egypt has become increasingly hazy since President Morsy’s recent constitutional declaration, as both liberals and Islamists have been competing on the national stage, drawing millions of supporters to Tahrir Square and near Cairo University.

All the while any form of meaningful dialogue between the two sides has yet to be seen.

It’s gotten to the point where both sides have begun to act as if the division between them is one that has deep roots in history, going back as far as the 1960’s or even earlier. In some cases, this division has turned into outright aggression, and will inevitably bring about an imminent clash that is not in the best interests of the country. It has led to death and injury on both sides, with both liberals and Islamists feeling the need to defend their parties and organisations.

This division can sometimes even be felt within families, with one brother accusing another of apostasy because he does not support the implementation of Shari’a law. That being said, we as a society have become complicit in crimes whose consequences may be worse than those committed under the repressive Mubarak regime.

From here, it becomes clear that action must be taken to protect Egypt from those who are drunk with power and refuse to compromise. We must once again return to the negotiating table in order to end this crisis, which has only gotten worse since Morsy’s constitutional declaration. Many of Morsy’s latest decisions have been made without consulting many of Egypt’s most prominent political groups, most notably the Coptic Church.

For that reason Egypt has found itself at a political impasse. A nation that went through a revolution to remove a dictator in order to pave the way for democracy has found itself reverting back to the practices of the old regime.

We want to see Egypt’s politicians engage each other as partners, not competitors, in a way that honours the martyrs of the revolution, and evokes the sense of hope felt amongst the people in the days following 25 January, 2011.

“Embrace each other Ya Egyptians,” as President Morsy said in his last speech on television. We call on you to take part in positive dialogue for the benefit of Egypt, whose interests trump that of any party or political affiliation. Hopefully from there we can bring forth an initiative aimed at re-uniting Egyptians.

A new initiative, under the supervision of the president, is crucial for there to be constructive dialogue amongst Egypt’s various political groups. It will require that all of the country’s political forces be present in drafting a final version of the constitution.

The council would have two weeks to draft a constitution which would then be voted on and presented to all of Egypt’s political parties. If the draft passes, it should then be voted on as a referendum. If it is voted down, the draft will go back to the council for review, which would have ten days to draft a new version. We hope this initiative will attract the interest and support of Egypt’s politicians, who will use it to help pursue the goals set out on 25 January, 2011.