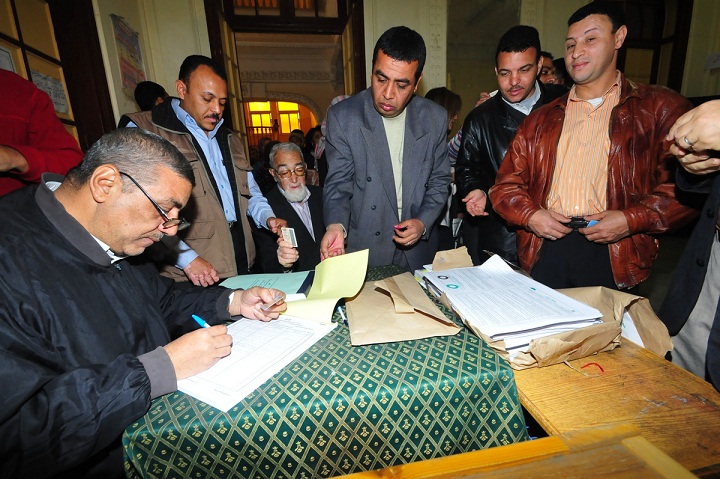 The referendum on the constitution will be held on 15 December, just two weeks after the draft was finalised.

President Mohamed Morsy announced the date on Saturday night after formally receiving the final version of the draft constitution after it was finalised Thursday by the Constituent Assembly.

The announcement will do little to reconcile a polarised population. A sit-in in Tahrir Square is ongoing, challenging President Morsy’s recent constitutional declaration. However tens of thousands of Islamists staged a march Saturday in support of Morsy.

Holding the referendum at such a tense time is a “grave mistake” according to Hossam Eissa, a constitutional law expert and professor at Ain Shams University. “The country is on fire and dialogue has been wiped out, especially from the Muslim Brotherhood’s side,” he said.

Regardless of the result of the referendum, a large proportion of the population will reject the outcome Eissa said, adding that not enough time had been allocated for the drafting process.

Eissa said the outcome of most referendums is the approval of the matter in question.

“Most average Egyptians won’t read the almost 500 articles making up the constitution,” he said. “They will ask for the opinions of those they trust and vote on the constitution accordingly.”

Furthermore Eissa feared vote rigging during the referendum, “due to the absence of judicial supervision over the balloting process.” Judges have said they will boycott supervising the vote in opposition to Morsy’s declaration.

Objections aside, voters will be offered a choice to vote for or against the constitution, or they may choose to abstain.

Eissa denied that a ‘no’ vote meant voters would be forced to live with Morsy’s constitutional amendment however. “That declaration is void and the judiciary will rule that it shall be revoked,” he said.

A majority ‘no’ vote would send the proposed constitution back to the Constituent Assembly for amendment. The official spokesperson of the FJP Ahmed Sobei refused to entertain such a notion however, insisting that it would be approved, “since it deserves to pass.”

A yes vote is the most likely outcome according to Darwish, who nonetheless warned that the constitution “would be short-lived.”