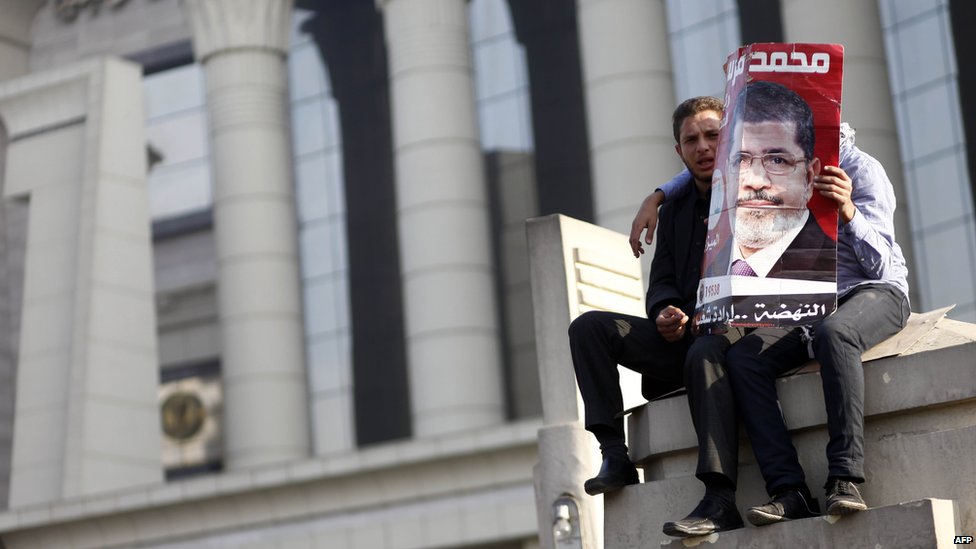 A complaint filed against President Mohamed Morsy alleges that he was responsible for preventing Supreme Constitutional Court judges from entering the court on Sunday.

The complaint was in relation to a pro-Morsy demonstration staged in front of the court on Sunday, where cases to dissolve the Shura Council and the Constituent Assembly were scheduled to be heard. Supreme Constitutional Court judges said they were prevented from entering the courthouse by pro-Morsy demonstrators.

The complaint held Morsy and the Freedom and Justice Party responsible for the incident, and called for an investigation to hold them to account.

Human rights lawyer Ramy Ghanem said he believes the complaint will be considered by the prosecutor general, if the complaint includes the required documents.

He added that he believed the minister of interior should be included in the complaint, as he is directly responsible for protecting the judges’ panel and enabling them to enter the court. “If the people in front of the constitutional court were 25 January revolutionaries, they would have been dispersed with tear gas,” he said.

The Supreme Constitutional Court postponed its work indefinitely on Sunday in reaction to the demonstration.