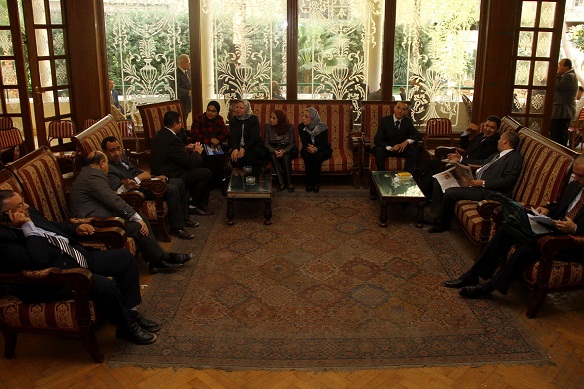 The Judges’ Club has announced it will not oversee the constitutional referendum. The refusal comes in response to President Mohamed Morsy’s constitutional declaration, which temporarily strips judges of their ability to overturn presidential decisions or to dissolve the Constituent Assembly. The referendum is set to be held on 15 December.

Hisham Al-Kady, a politician and member of the Muslim Brotherhood said, “we have contacted judges and they said that they will never not carry out their national duty, it is impossible. So I am not going to think about this hypothesis.”

Ahmed Abu Baraka, a lawyer with the Muslim Brotherhood told the state news agency Al-Ahram that if the judges are not willing to observe the election, then lawyers and professors can do the job instead.

Malek Adly, himself a lawyer at the Hisham Mubarak Law Centre, said that it is illegal for lawyers to observe the constitutional referendum. “It is illegal because the judges, not lawyers, not professors, nor any other group, need to be the observers according to the law and the constitution.” Adly added that the whole international community entrusts these issues to judges.

“I don’t think this is an option at all,” said Ibrahim Elnur, a professor of Political Science at the American University in Cairo, when asked if professors could serve as referendum observers. “All of the professors have different political opinions. They cannot replace the judiciary; they are a completely different category.”

The Preachers’ Syndicate has stepped forward and said they are willing to observe the referendum. The group stated they are “fully prepared” to work “in the service of religion and the elevation of the nation and its stability.”