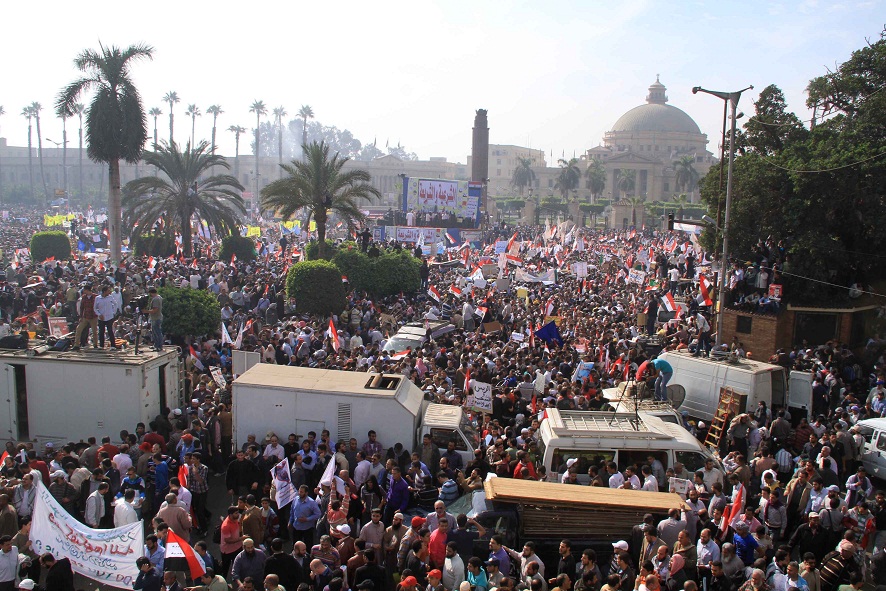 Businessmen in various economic sectors have warned of an impending economic crisis in Egypt, stemming from a decrease in foreign investment and drop in exports. A number of contracts signed with foreign countries responsible for recent investment into Egypt have also been cancelled or postponed.

This comes in the context of internal divisions within Egyptian politics resulting from the release of the final draft of the constitution. These divisions have threatened to stunt Egypt’s economic growth and development, as large numbers of the country’s opposition and its judiciary have come out against the constitution.

Many foreign businessmen and investors have postponed planned trips to Egypt, leading many to fear that Egypt’s exports will decrease in light of the country’s internal political divisions.

“The recent events in the Egyptian street will have a negative effect on the country’s economy, which still hasn’t fully recovered since the outbreak of the 25 January Revolution,” said the President of the Export Council for Ready-Made Clothes, Mohamed Qasim. He added that these events will lead to “a decrease in the country’s production rates and later, its exports.”

Khalid Ibrahim, president of the Engineering Export Council of Egypt, said “the current situation will affect the entire country and will have a long-term negative effect on the country’s exports.” Ibrahim expressed hope that the current crisis in Egypt won’t lead to strikes in the country’s factories and ports, which could threaten to paralyse the economy.

The Deputy Chairperson of the Export Council for Ready-Made Clothes, Abdelghani Al-Abasiri, expects exports to drop by 20 per cent throughout 2013 as a result of recent political divisions witnessed in Egypt since President Mohamed Morsy’s constitutional declaration.

Former President of the Export Council for Agricultural Goods, Sherif El-Beltagy, stated that the council would not be able to achieve its goals of reaching 20 per cent annual growth, adding that “strikes in the nation’s ports, in addition to a general sense of political and economic instability in Egypt have cast doubts on the ability of the Ministry of Industry and Foreign Trade to reach its stated goal of exporting EGP 17.5 billion worth of goods by the end of 2013.”

The President of the Export Council for Woods and Furniture, Mohamed El Shabrawi, was sceptical regarding the Ministry of Industry and Foreign Trade’s ability to live up to its goal of exporting EGP 14 billion worth of goods by the end of 2013, seeing as many previous clients have cancelled their contacts with Egyptian companies. Many fear that ships importing goods into Egypt could not be guaranteed to return to their home countries on schedule, due to problems in the nation’s ports. He stressed the need for the government to layout a clear economic path that would stabilise the country and attract both local and foreign investment.

“The recent demonstrations have had a negative effect on investment into Egypt, and the ability of businessmen to secure new long-term contracts. Such demonstrations mean that Egyptian workers are less productive and require more time to complete assigned tasks,” said Nagy Albert, a member of the Egyptian-Italian Workers Council.

He added that €3 million worth of investments into Egypt’s home furniture sector have also been postponed indefinitely.