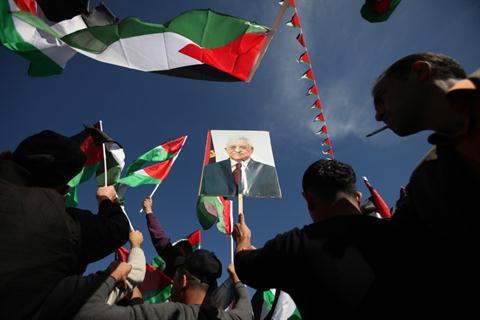 “King Abdullah will visit the state of Palestine the day after tomorrow, on Thursday, in the first visit by a top official to the Palestinian state after we received UN recognition,” Nimr Hammad, political adviser to Palestinian President Mahmud Abbas, told AFP on Tuesday.

“The visit will confirm Jordanian efforts and support for the Palestinian people and their leadership,” Hammad added.

Jordanian officials refused to confirm that the visit would take place on Thursday.

“No date has been set,” a top government official in Amman told AFP after the Ramallah announcement.

Earlier, another senior Jordanian government official confirmed that the monarch was planning a trip to the West Bank, without specifying the date.

“The king will go to Ramallah soon and meet with Abbas there,” he told AFP on condition of anonymity.

“The visit seeks to reiterate Jordan’s support for the Palestinians, build on their historic achievement at the United Nations and help them establish an independent state.”

The move will allow the Palestinians access to a range of international organisations, including potentially the International Criminal Court, and raises their international profile.

But the upgrade was fiercely opposed by Israel and the United States, and the Palestinians face harsh repercussions.

The Palestinians are expected to ask Arab nations to provide additional funding to make up the shortfall, which comes as Abbas’s Palestinian Authority already faces a major financial crisis that has left it frequently unable to pay its employees.

The king, who visited the Palestinian territories last year, met Abbas in Amman on Sunday and described the UN vote “as a major step.”

Jordan signed a peace treaty with Israel in 1994.

Abdullah paid his first visit to the Palestinian territories in May 1999, just months after being crowned king, meeting the late Yasser Arafat in Gaza. In April 2000, he made a first visit to Ramallah and returned four months later.

In November 2011 the king flew by helicopter to Ramallah for a brief stay of little more than two hours during which he held talks with Abbas who later dubbed the visit as “important and historic” but gave no other details.

That visit came just ahead of a key summit between Abbas and exiled Hamas chief Khaled Meshaal in Cairo to cement a stalled unity deal between the Palestinian president’s Fatah faction and the Islamist movement.