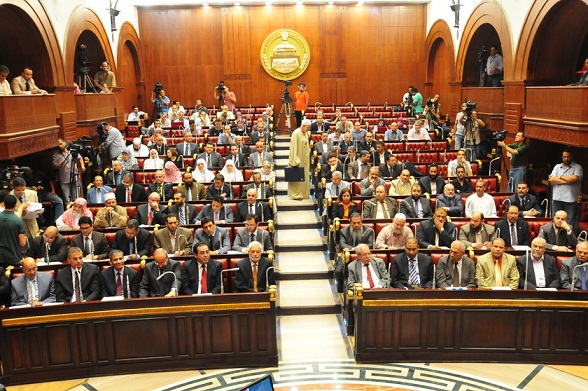 Out of nearly 85 million Egyptians, 85 members of the Constituent Assembly voted on the proposed constitution, scheduled for referendum on 15 December.

The Constituent Assembly has been criticised for not adequately representing different sectors of society. Many members withdrew from the assembly, including church representatives and non-Islamists, in opposition to the way the constitution was drafted. The withdrawing members said Islamist members abused their majority and drafted constitutional articles that serviced only their interests.

Media also criticised the draft, saying it limits the freedom of expression and imposes censorship.

The following is a brief background of the 85 Constituent Assembly members who voted on the draft constitution:

Out of the 85 members, 34 came from the Muslim Brotherhood and the Freedom and Justice Party, its political wing. Essam El-Erian, Mohamed El-Beltagy, Mahmoud Ghozlan and Sobhi Saleh are among the most well-known in this group. Osama Yassen, minister of youth, and Khaled Mahmoud El-Azhary, minister of labour and immigration, are also members of the FJP and the assembly.

A representative of the revolutionary youth also came from the Salafi bloc. Mohamed Saad El-Azhary, a member of Al-Nour Party and the Salafi Calling, was injured on 28 January 2011 during the uprising.

Wageeh Abdel Qader El-Sheemy, the first blind member of parliament and member of Al-Nour Party, represented people with disabilities in the assembly.

The president of Al-Wasat Party, Aboul Ella Mady, its Vice-President, Essam Sultan, and Minister of Parliamentary Councils and Judicial Affairs, Mohamed Mahsoub, represented the Islamist party. Eman Qandil, the deputy secretary general of the party, attended the voting session to fill the gap left by one of the withdrawing members.

The Hadara Party, which formed a coalition with FJP before the 2011 parliamentary elections, was represented by party President Mohamed El-Sawy and Hatem Azzam, the vice-president.

Osama El-Abd, president of Al-Azhar party and four other members represented Al-Azhar in the assembly.

Coptic law professor Gamal Gabriel was the only Christian in the assembly.

Vice-President of the Court of Appeal, Chancellor Mohamed Nagy Derbala, and Mohamed Abdel Hameed El-Feqy, a member of Al-Wafd party, rounded out the assembly’s public figures.

Chancellor Hossam El-Gheriany, former president of the Supreme Judicial Council, represented the Court of Cassation and headed the Constituent Assembly throughout its sessions.

Chancellor Taimor Fawzy Mostafa, president of the Administrative Prosecution Authority, represented the body in the assembly.

The only representative of the ministry of interior was Emad Hussein, Morsy’s adviser for national security and assistant to the minister of interior.

Major General Mamdouh Shahin, assistant to the minister of defence for constitutional and legal affairs, and Chancellor Mohamed Magd El-Deen Barakat, head of military prosecution, represented the Armed Forces in the assembly.

Eman Qandil from Al-Wasat Islamist party was the only woman represented from outside the FJP.

Ahmed Omar, a member of FJP and head of Egypt Students’ Union, represented students in the assembly.