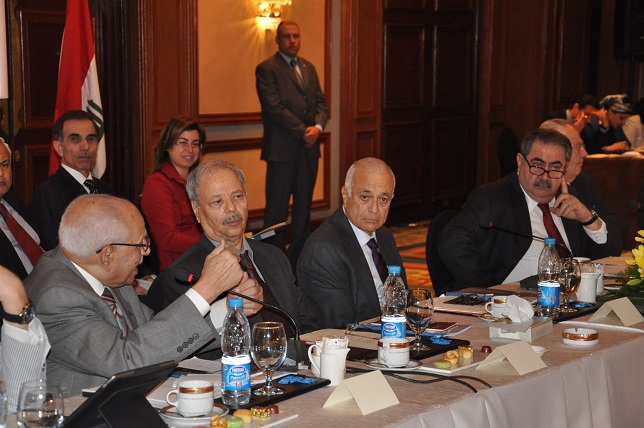 Cairo hosted a conference about writing constitutions in the Arab Spring countries. The Wednesday conference was organised by Iraq with the aim of sharing its experience in writing a constitution.

A statement released by the Arab League on Tuesday explained the conference would share Iraq’s experience of writing its constitution, as well as sharing the mixed experiences of Arab Spring countries like Egypt, Tunisia, Libya and Yemen.

Nabil El-Araby, secretary general of the league, spoke at the opening session of the conference saying “[the conference] is under the framework of the demands of the Arab people for more freedoms, more democracy, assurance of the rule of law, security and stability and social justice in order to achieve good governance.”

El-Araby added that “one of the most important items to be included in any constitution is the guarantee of democratic governance.”

Gaber Nassar, a constitutional expert said “Iraq is not a model that anybody should follow. It experienced the same situation that we are now seeing in Egypt.”

Zebari pointed out, “The current Iraqi constitution is the first not to be imposed by a ruler but instead drafted by the people.”

The Iraqi constitutional drafting committee was replaced by another committee of six members after failing to meet the completion deadline. The original committee conceded that some articles of the constitution were not completed.

Iraq’s constitution was controversially ratified in 2005 by a nationwide referendum. The result in one region of Iraq was expected to oppose the constitution and would have had the deciding “no” vote. Instead the result was much closer than expected and resulted in the ratification of the constitution.

The conference took place amid the ongoing constitutional debate in Egypt. On Tuesday hundreds of thousands of people across the country marched against the draft constitution and President Mohamed Morsy’s constitutional declaration. The declaration severely restricted the judiciary’s power and many of those opposed to it see it as a dictatorial move. Much of the opposition feel that the constitutional draft has been rushed through and is not representative of the country.