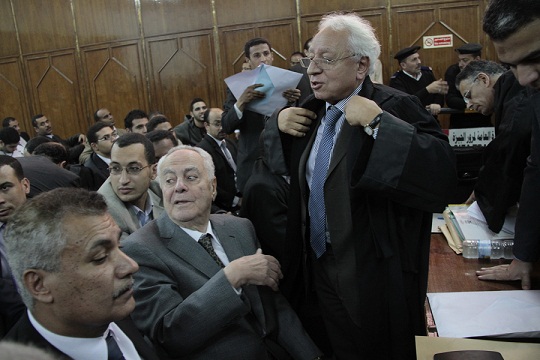 The Administrative Judiciary Court has transferred all cases calling for the repeal of President Mohamed Morsy’s constitutional decree, and his call for a referendum on the constitution, to a different judicial district.

The court had postponed the case for one day on Tuesday to allow Muslim Brotherhood lawyers enough time to undertake the necessary procedures for requesting that the bench recuse, which includes paying over EGP 74,000 in administrative fees.

The second judicial district of the administrative court will now decide whether or not to accept the recusal requests in a Thursday session.

If the court accepts the Brotherhood’s conflict of interest complaint it has no other courts to transfer the cases to. “That is the court’s problem, not ours,” Tag said.

The Tuesday court session witnessed verbal altercations between lawyers supporting and opposing the decree. The judge had to adjourn the session three times until things calmed down.

The decree also says that all of Morsy’s decisions cannot be challenged in the courts but he later said that provision would only apply to “sovereign acts.”

The State Council was among many judicial bodies to reject the decree and announce a strike. It said it would close down all its courts except the first district of the Administrative Judiciary Court, as it would be responsible for handling cases against the decree.