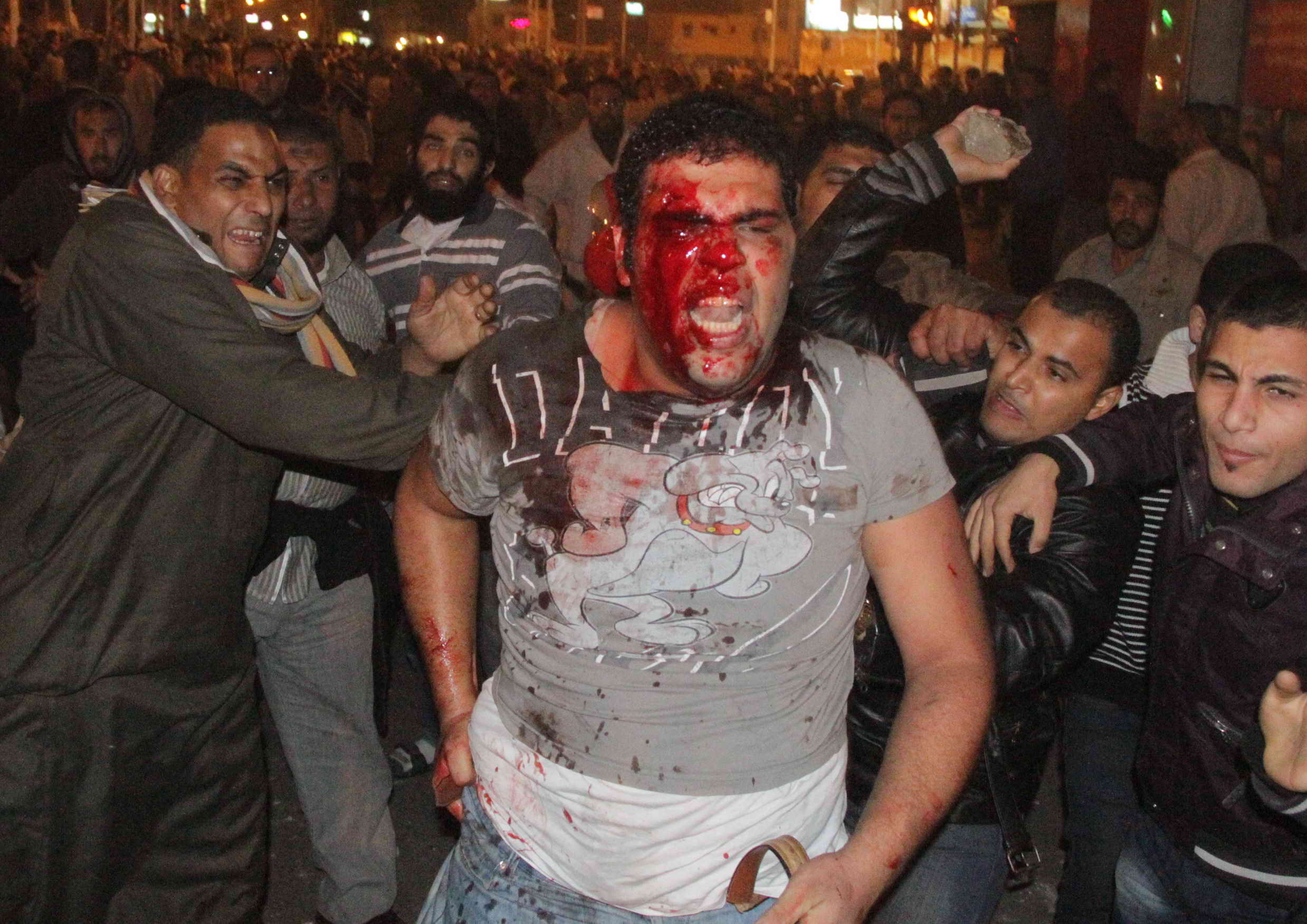 At least five people are dead and 693 have been injured as a result of violence outside the Presidential Palace, according to the latest Ministry of Health records.

Deadly street battles took place outside the palace in Heliopolis on Wednesday night between supporters of President Mohamed Morsy and anti-Morsy protesters.

The Press Syndicate announced journalist El-Husseiny Abo El-Deif was pronounced brain dead after he was shot in the head by a shotgun shell.

Injuries ranged from cuts and bruises to tear-gas induced suffocation, bullet wounds from live ammunition. At least 570 cases have been treated and discharged while 123 remain in hospital.

With the exception of Abo El-Deif the identities of the victims remain unconfirmed. The Muslim Brotherhood official website published a list of seven names it claims are “martyrs” from their side while opposition activists on Twitter published names of their own, with some names appearing on both lists.

The deaths and injures are a result of clashes that took place outside the palace Wednesday night after Muslim Brotherhood members and supporters of Morsy marched there and clashed with opposition protesters who had declared a sit-in the night before.

Brotherhood demonstrators violently dispersed the sit-in, destroying tents and beating protesters, which prompted a second wave of opposition protesters to rush to the scene.

Street battles took place all night long, with the police remaining uninvolved on the side-lines.

Supporters of the president still surround the palace. Members of the Republican Guard, a division level command of the Egyptian army tasked with protecting important buildings and the capital, have been dispatched to secure the perimeters.