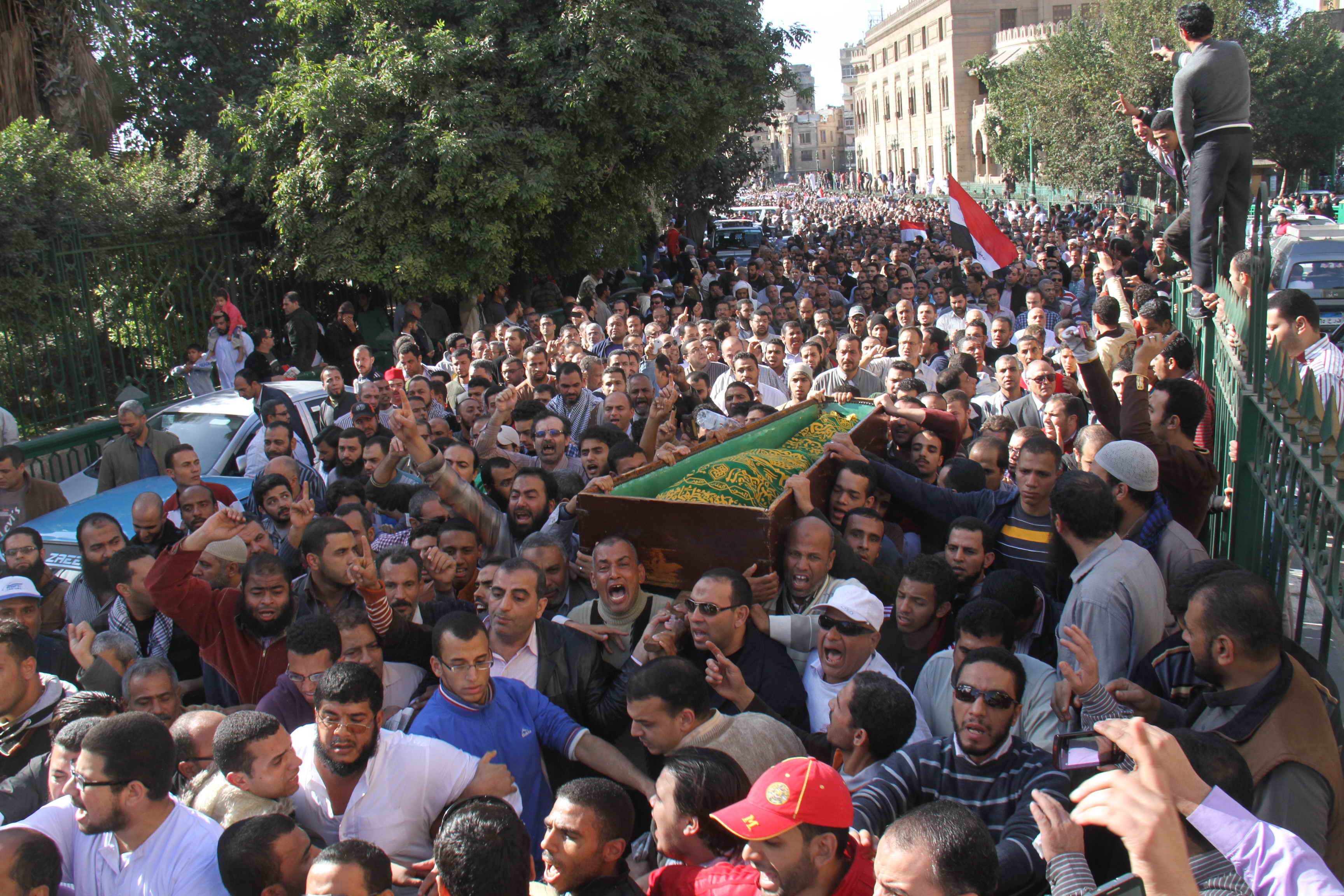 The Mulsim Brotherhood today Friday at Al-Azhar mosque held the funeral of two of their members who died in Wednesday night clashes by the presidential palace.

After Friday prayers, Muslim Brotherhood members broke into chants, “we scarifice our lives for Islam” and chaos prevailed.

Muslim Brotherhood Supreme Guide Mohamed Badie’ took the Imam’s microphone and calmed people down reminding them that it was”inappropriate conduct” in a mosque to shout. He also gave a brief eulogy of the two who died.

Funeral prayers were then held and thousands of Mulsim Brotherhood members and sympathizers carried out the two coffins, chanting “Islamic not a liberal state” and “Media lies; all martyrs are from the Muslim Brotherhood.”

Over 400 injuries have been reported and six dead. Muslim Brotherhood claimed that all six were their own members.

One of those who died is a copt.