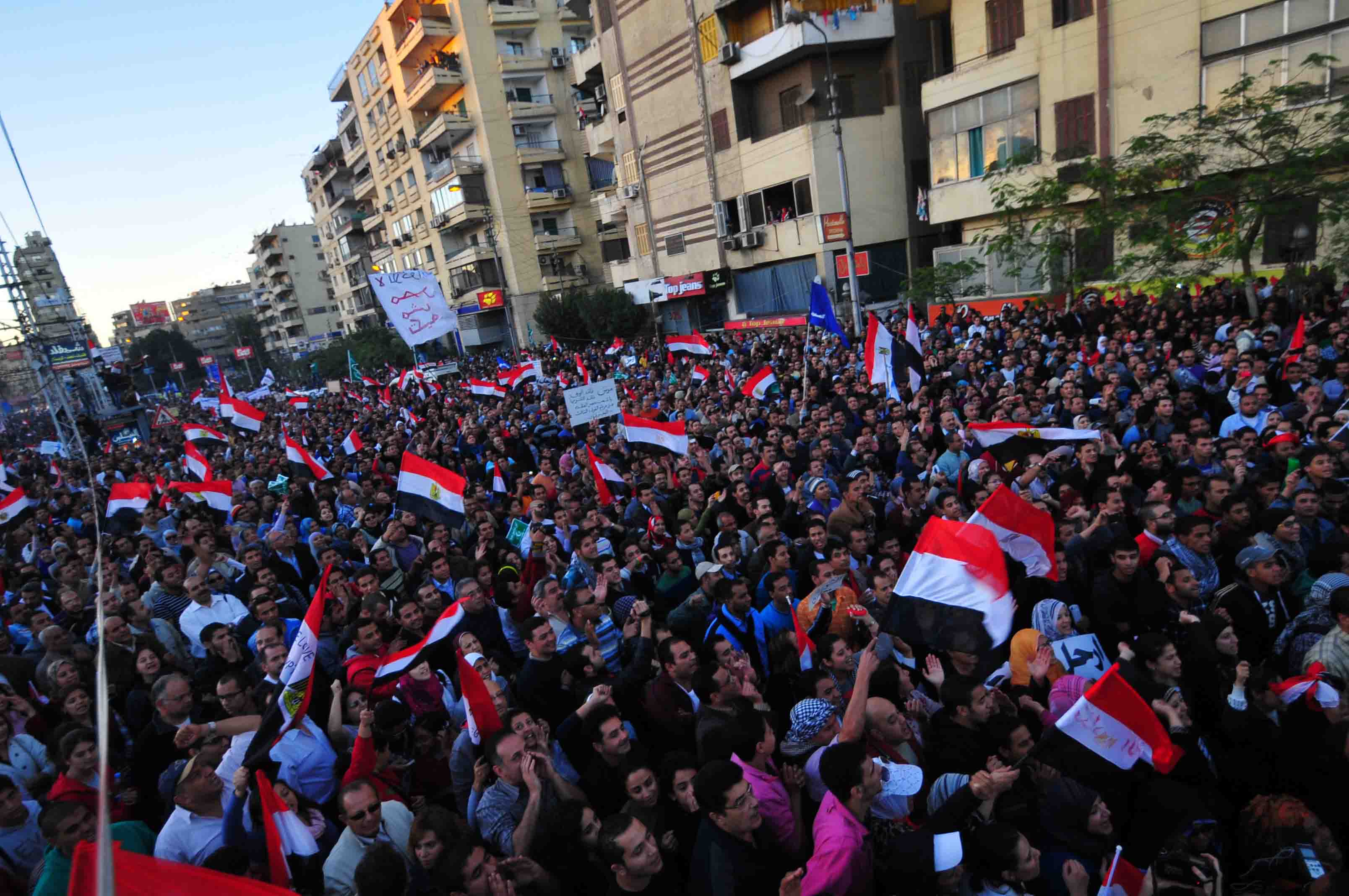 Thousands of protesters marched to the Presidential Palace in Heliopolis on Friday, in protest at President Mohamed Morsy’s reaction to violence that took place near the palace on Wednesday night.

Many of those who marched expressed disappointment in the speech delivered Thursday night. “We didn’t see anything new from him,” said Ashraf Ahmed, who marched from Abbaseya to the palace. “The president doesn’t want to really talk about the people who keep dying. So he says nothing.”

“The constitutional declaration needs to be revoked,” Ahmed added.

Many marches coming from different neighbourhoods in Cairo converged on the palace going into Friday evening.

Hundreds of protesters marched from Al-Nour Mosque in Abbaseya following Friday prayers, holding up signs that read “no to the brotherhood.” Numbers grew as the march advanced and George Ishaq, activist and member of Al-Dostour Party, joined the procession.

People in the march chanted, “bread, freedom, the [Muslim] Brotherhood are thugs,” and, “say it, don’t be afraid, Morsy has to go,” as they held up flags of protesters who had died, including Gaber Salah and Mina Danial.

The march leaving from Mustafa Mahmoud Mosque was led by Al-Dostour Party. Protesters gathered outside the Mosque after Friday prayers and headed to Al-Dokki street.

The number of protesters, which was hundreds when the march took off, quickly multiplied as the march reached the Dokki metro station. At the metro protesters were divided between marching all the way to the palace or using the metro as a shortcut. In the end, a majority walked to the palace, while a smaller number took the metro.

The march converged with a rally from the Popular Current, Strong Egypt Party and 6 April near Roxy mid-afternoon; they all marched the remaining distance to the palace together.

People at the palace demonstrated beyond the barriers placed by the Republican Guard. A stage was erected on Marghany Street and former presidential candidate Khaled Ali addressed protesters.

As numbers grew, people flooded the streets leading to the barricades, going as far back as Roxy Square, where clashes took place on Wednesday.

Despite scuffles, there has not been a unified effort by protesters to breach the barricades at the palace.