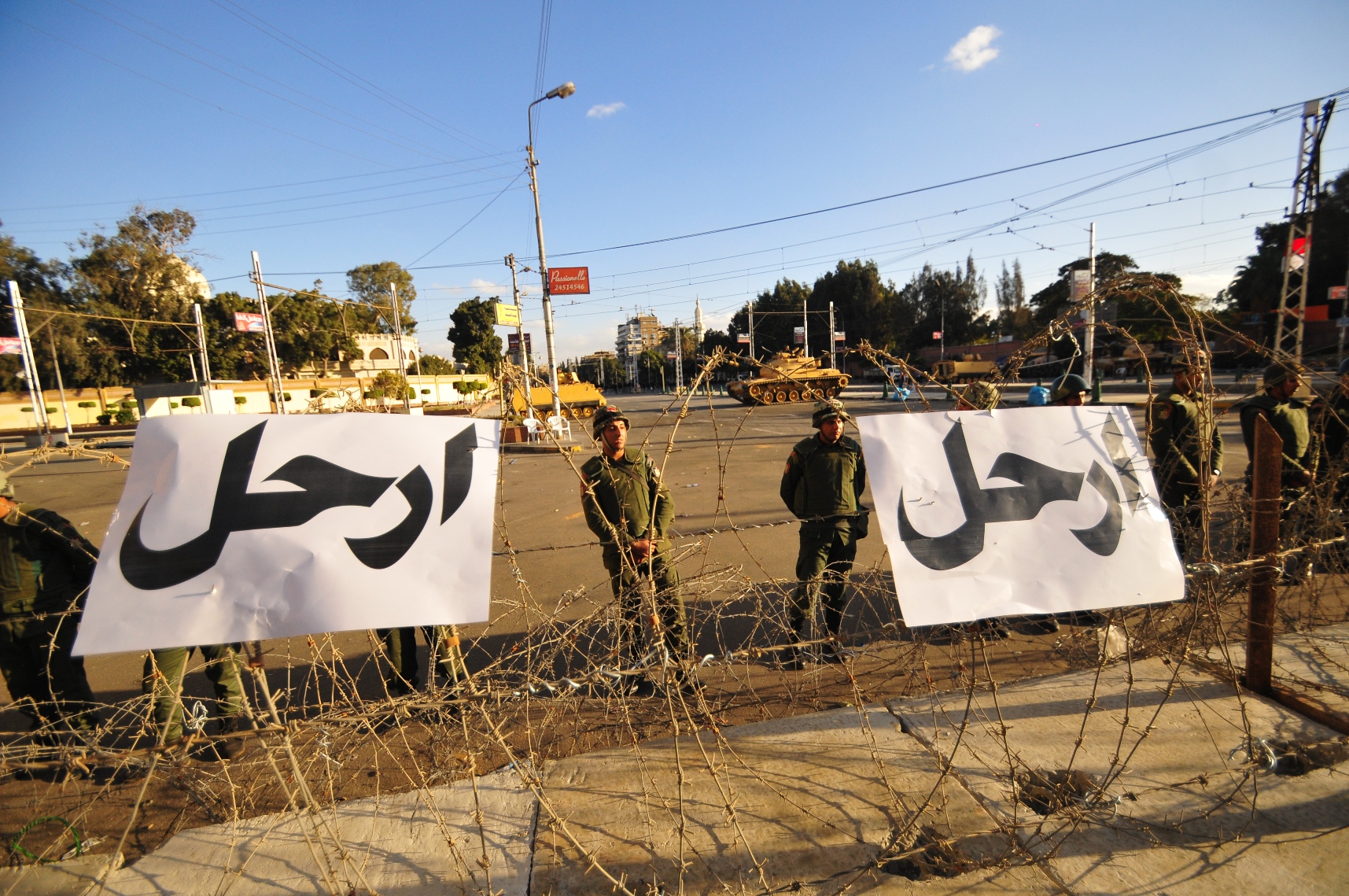 Hundreds of thousands protested against latest decisions issued by President MohamedMorsy, demanding his ousting. Protesters stood roughly 500 metres away from the palace, before Republican Guards allowed them to approach it after removing the barricades. They moved towards the palace ‘s gates chanting slogans against Morsy and the Muslim Brotherhood.

Eissa Farouk, a protester from Suez, said he was beaten by Muslim Brotherhood  supporters on Wednesday, asserting that he will not leave the palace area before Morsy  leaves power.

Mohamed Mostafa, worker from Aswan, described Morsy as the “dependent president”, explaining that Morsy follows the orders of the Muslim Brotherhood supreme guide.

He added that Morsy and the Brotherhood failed to achieve the people’s demands, affirming that Morsy’s remaining days in power are now “numbered”.

Some of the protesters talked to the Republican Guard officers guarding the palace.

The officers asserted that their loyalty is only for the Egyptian people and their demands.

Salah El-Deen Ismail, engineer at Egyptair and member of Al-Dostour Party, said the current situation would lead to a civil war that can last for many years, adding that Morsy won’t leave before thousands are dead.

Rana Hussein, member of the Popular Cuurent, accused Morsy of being a “killer” because of Wednesday night deadly clashes. She added that the draft constitution would lead to a theocracy, depriving women and religious minorities of their basic rights.

Hussein said she comes to the palace with her family everyday, adding she would participate in any protest against Morsy until his regime is tried by court.