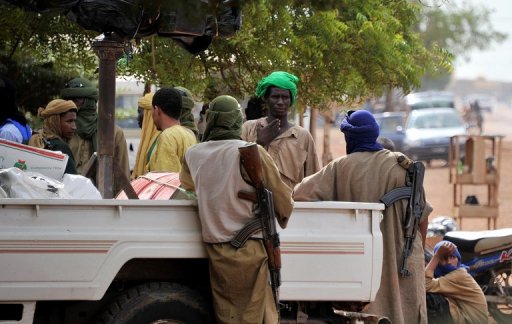 Brussels (AFP) – The European Union said Sunday it would offer another 20 million euros ($26 million) in humanitarian aid for Mali, bringing the total to 101 million euros to help the country cope with the fallout from the loss of control of the north to Islamist rebel forces.

A European Commission statement said the new funding will “boost the relief effort in all parts of Mali, particularly in the North, as well as in neighbouring countries to which Malian refugees have fled.”

The money will be spent to bring food, water and sanitation, shelter, health and protection to the most vulnerable Malians, especially children, women and the elderly, it said.

“While all eyes have been on the conflict in the north of Mali it is essential that we bring the focus back on the humanitarian crisis faced by its people,” said Kristalina Georgieva, the European Commissioner for International Cooperation, Humanitarian Aid and Crisis Response.

“Millions of Malians are in dire need of urgent aid and relieving their suffering must be our number one priority,” Georgieva said in a statement.

Last month, EU foreign ministers agreed in principle to send a military training mission to Mali to support regional African efforts to wrest control of the north of the country from armed Islamists.

Under the plan, some 250 European officers would be sent to train Malian combat units and help restructure the country’s weakened army.

The plan is expected to be formally approved when EU foreign ministers meet again Monday.