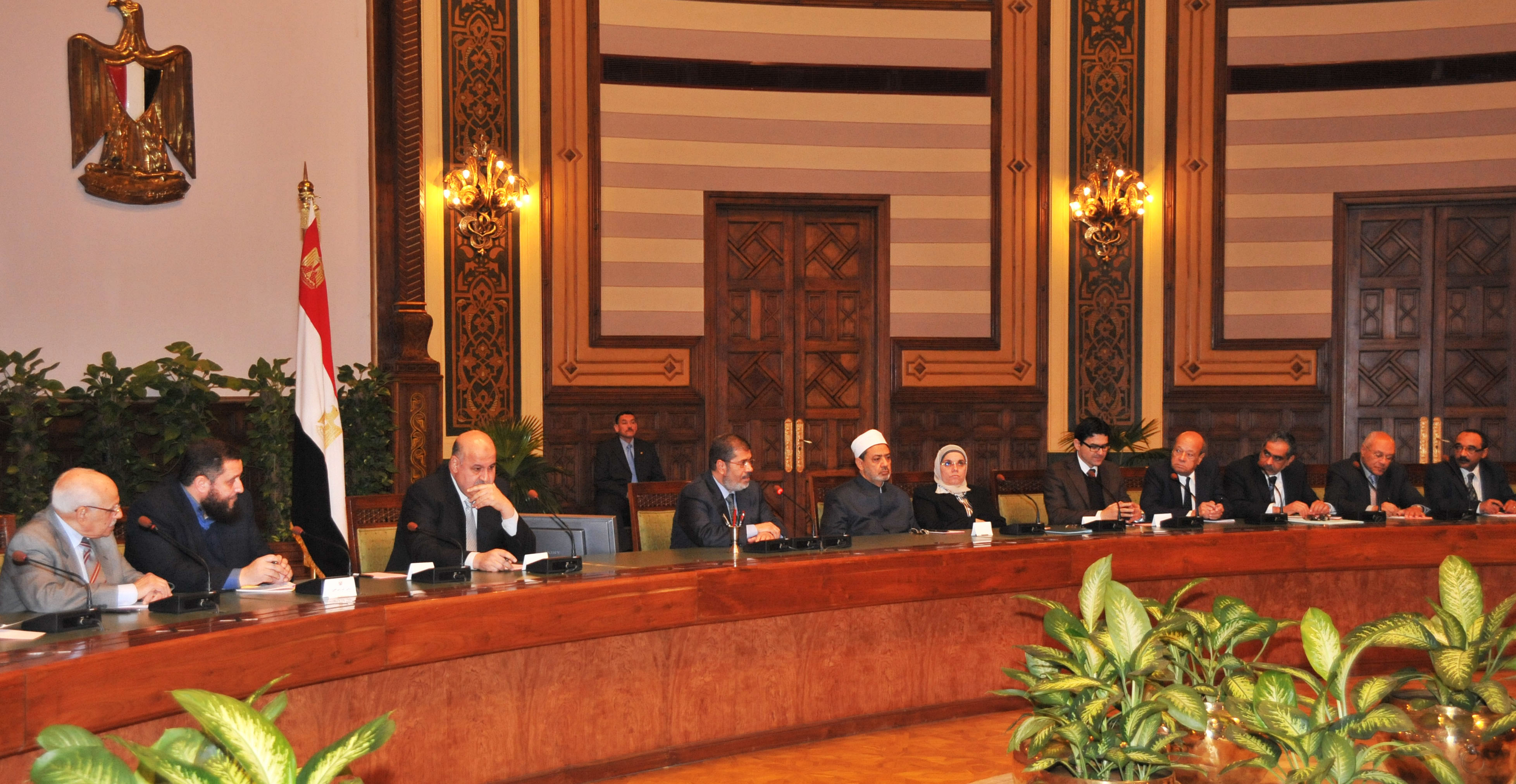 The repeal came on Saturday night as part of a new declaration. The 8 December declaration states that all actions taken in the wake of the 21 November declaration remain valid, which means that Tala’at Abdallah will remain as the new prosecutor general.

The new declaration also outlines the steps that will take place in the event that the draft constitution is not passed in the upcoming 15 December referendum. The declaration states that a new 100 member Constituent Assembly would be elected by popular vote and charged with drafting a new constitution.

The 21 November declaration ignited popular protests across Egypt and its repeal is one of the two main demands of opposition protesters taking part in open-ended sit-ins outside the presidential palace and in Tahrir Square.

The other main demand is the cancelation of the 15 December referendum. In the Saturday evening press conference when the new declaration was announced, Mohamed Selim El-Awa, a former Islamist candidate for president, added that the referendum will go ahead as planned and that President Morsy does not have the authority to cancel or postpone the referendum.

Another article in the new declaration is a clarification of the potential for new trials for those who committed crimes against the revolution. The article now states that trials can be reopened in the event that new evidence comes to light in the cases of crimes against civilians in the year and a half after the revolution.

The 8 December declaration concludes by stating that the text is not subject to judicial review.

Also on Saturday the main opposition coalition, the National Front for the Salvation of the Revolution, issued their tenth statement, with a slightly expanded set of demands.

The coalition is calling for investigations into the violence that took place last week outside the presidential palace, and also called for Morsy to protect protesters in his role as commander-in-chief and call off Muslim Brotherhood “militias.”

However, the front’s platform still rests on the dual demands of the declaration’s repeal and the cancelation of the referendum.

The announcement came after Saturday discussions between Morsy and many of his political and legal allies. This is not the dialogue that many both inside and outside Egypt had been calling for. However, an earlier invitation for dialogue was rejected by most of the significant opposition groups. The National Front for the Salvation of the Revolution stated “no sane person can accept dialogue at gunpoint.”

The new declaration itself was not presented entirely as a sign of compromise, with El-Awa saying this new iteration “replaced the articles that caused a lot of misunderstanding.”

El-Awa said the Egyptian people now have a choice, in less than a week’s time, between voting for or against the referendum, at which point “the country will begin the process of building institutions to achieve stability.”

The new declaration leaves the Shura Council, the remaining legislative body in Egypt, vulnerable to dissolution and while it theoretically allows for the dissolution of the Constituent Assembly, that body has already completed its task of finalising a draft constitution for referendum.