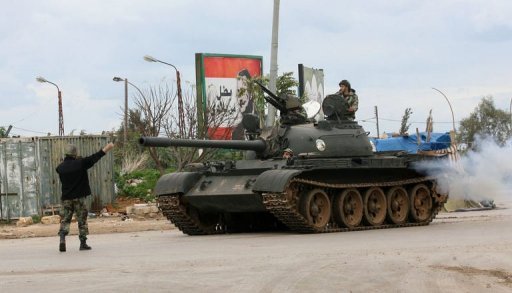 The latest fighting in the northern city of Tripoli between Sunni Muslims and Alawite co-religionists of Syrian President Bashar Al-Assad came amid growing international concern about the potential for neighbouring countries to be dragged into the conflict.

The fighting broke a tense calm that had held since the army deployed troops between the two impoverished neighbourhoods early on Friday.

During the night, troops held their positions on sidestreets but not on the ironically named Syria Street that forms the frontline.

“The clashes are light now,” the security official said on Sunday morning, adding that no decision had yet been taken on whether to send in more troops.

The latest deaths brought the toll from fighting in the city since Tuesday to 17, including two children.

Longstanding tensions in Tripoli escalated when 22 Sunnis from the Tripoli area who had crossed into Syria to join the armed rebellion against Assad’s rule were ambushed by troops in the town of Tal Kalakh on November 30.

Damascus later agreed to repatriate the bodies at the request of the Lebanese foreign ministry, and on Sunday the bodies of three of the slain fighters were received at the Arida border crossing, a security source said.

The atmosphere was tense with shots fired into the air as the bodies of Khader Al-Din, Abdel Hakim Al-Salah and Mohammed Al-Mir were handed over, an AFP correspondent reported.

The body of Mir was initially given to the wrong family but later returned to his father. The others were buried straight after funeral prayers.

A Lebanese official told AFP that Syrian authorities told their counterparts that some members of the group had survived the ambush and were being interrogated.

Opposition activists posted video footage on the Internet on Saturday, with the caption: “Abuse of the corpses of the Tripoli martyrs in Tal Kalakh.”

In the video, a man is seen kicking at least five lifeless bodies lain out on the ground, while others can be heard cracking jokes in the background. Its authenticity could not be verified.