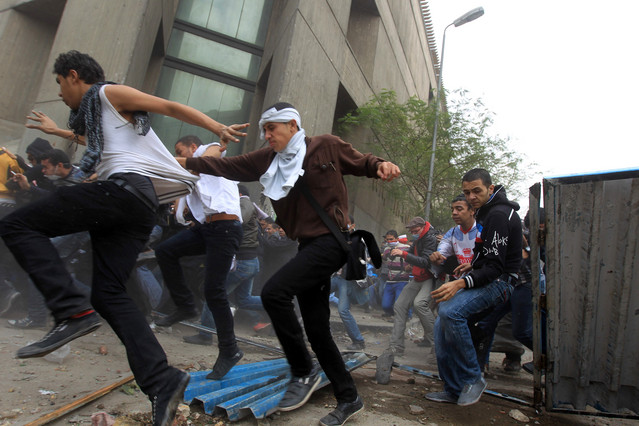 What happened a year ago outside the Cabinet Office?

On 16 December, Ahmed Mohamed Mansour Alkotb, a 21-year-old media student and member of the 6 April Youth Movement, met his cousin at around 4pm just off Tahrir Square. Military forces and men in plain clothes were throwing objects and Molotov cocktails from the parliament’s annex buildings onto protesters. Protesters were throwing stones back but they could not reach them.

The cousins reached Magless El-Shaab Street at around 4.30pm. The army shot live ammunition at them. Ahmed’s cousin saw a man being hit and carried away by others. He ran to safety. He later learned that the man was his cousin, Ahmed Mohamed Mansour Alkotb. He was shot in the head and had died.

In order to deal with this legacy of human rights abuses, the Egyptian authorities should, among other things: