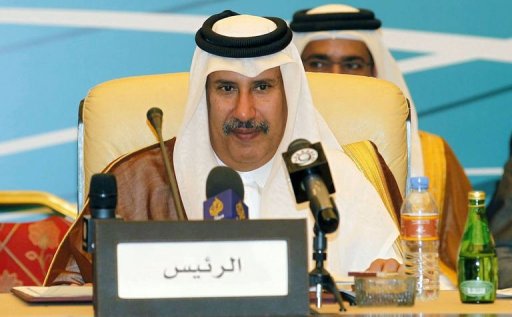 Minister of Foreign Affairs Mohamed Amr announced on Sunday that meetings will take place in Cairo in order to work towards achieving Palestinian unity.

Following a meeting with Palestinian Authority President Mahmoud Abbas, Amr wrote on his official Facebook page, “Palestinian national reconciliation is an urgent need, without it pursuing the Palestinian project will continue to be a deficient movement.” He added, “we are determined to achieve this reconciliation and are committed to the people and leadership. We will hold a meeting in Cairo soon to achieve this goal.”

Hamas and Fatah who rule the Gaza strip and the West Bank respectively have had a turbulent relationship in the past. The two sides have fought each other since 2006 after Hamas won legislative elections in Gaza. The chief of Hamas’ political bureau, Khaled Meshaal recently made a call for Palestinian unity after a ceasefire was reached between Israel and Hamas, after eight days of the two sides exchanging fire.

Amr and Abbas met on the side of the ministerial meeting of the Arab Peace Initiative in Doha that took place on Sunday.

The ministers released a joint statement outlining the decisions made during their meeting. It outlined the ongoing support for the Palestinian cause and welcomed the decision of the United Nations General Assembly to grant Palestine non-member observer status.

The ministers also announced the creation of a $100 million per month “safety net” to meet the needs of the Palestinian people.

The ministers “urge[d] the security council to accelerate the decision on the application for full Palestinian membership in the UN.” They also called “upon states that have not yet recognised the State of Palestine to do so as soon as possible.”

The statement condemned the Israeli settlements in the West Bank describing them as “a flagrant violation of international law and the fourth Geneva convention.” It added, “the Israeli government’s implementation of its statements about the new projects in occupied East Jerusalem and beyond amounts to war crimes.”

Amr commented, “the Arab Peace Initiative provides a historic opportunity for Israel to live in peace, not only with its neighbours, but with the Muslim world without exception.” He added, “it seems that the desire for expansion and arrogance of power is Israel’s priority.”

The Arab Peace Initiative was first proposed in the 2002 Arab League summit in Beirut and was re-endorsed at the 2007 summit in Riyadh. The initiative seeks to bring an end to the Arab-Israeli conflict on the basis of Israeli withdrawal from the occupied Palestinian territories including East Jerusalem and fair settlement of the Palestinian refugee issue.